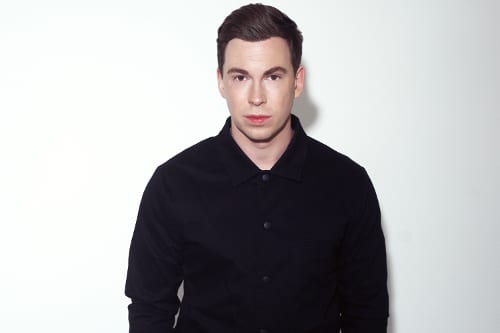 The all ages ADE-show by Hardwell and the Metropole Orkest taking place on Thursday October 18th at the Amsterdam Ziggo Dome during ADE is sold-out.  The last remaining tickets are available now on TicketSwap. Whilst Hardwell has decided to offer a special Golden Ticket including Meet & Greet to a lucky winner!

Fans who have not been able to buy a ticket but who would like to witness Hardwell perform one last time can follow the unique concert in real-time via the official live stream on Hardwell’s multiple social media channels and in China there will be a 3 hours registration, with exclusive backstage content and the support act of Real El Canario, broadcasted on HUYA on Friday the 19th.

'Symphony: The Global Revolution of Dance' is for the time being the final performance by Hardwell, who recently announced he will stop performing indefinitely.

In 'Symphony: The Global Revolution of Dance', the world-famous DJ, together with the world's leading pop and jazz orchestra, will take the audience on a musical journey through the history of dance music. The spectacular all-ages show of the legendary DJ pioneer and the Metropole Orkest is characterised by the composition of different music periods, from the 80s to the mega hits of today. Hits from various world stars pass by, from Donna Summer to Tiësto, from Carl Cox to Daft Punk.