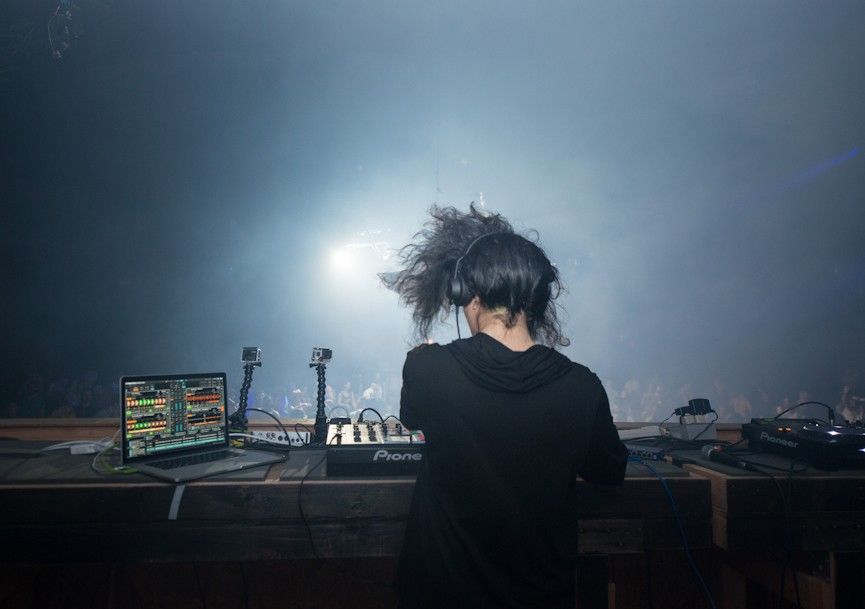 DJ/producer Nicole Moudaber is enhancing her fast-growing MOOD brand with the addition of a new weekly radio show, ‘In the MOOD.’ Launching on stations across the globe, the one-hour show will take Nicole’s sultry brand of techno to new ears everywhere, proving that the world wants more Moudaber.

In the MOOD will debut Wednesday, April 30 on terrestrial and digital stations worldwide, with an initial audience of over 1.5 million thanks to powerful broadcast launch partners SLAM FM in the Netherlands, Radio S 95.7 in Turkey, Big City Beats in Germany, and Kiss FM in Melbourne, Australia, plus stations in Cyprus, Czech Republic, Nicaragua, Portugal, Switzerland, and the  Ukraine, with more to be announced soon.

Hosted by Nicole as she travels from nightclub to studio to festival all over the world, In the MOOD will be free from musical constraints, with Nicole exploring a variety of styles from week to week – including but not limited to her beloved techno. With live studio mixes and interviews with her DJ friends and family, this will be a one-stop shop to get fans In the MOOD for the weekend.

“I’ve wanted to do a radio show for ages and am privileged to now have the opportunity,” says Moudaber. “In the MOOD will allow me to share the music I’m feeling right away, whether it’s new tracks on MOOD, sets from my gigs worldwide, or an entirely new exploration.”

In the MOOD joins Nicole’s MOOD Records label and In the MOOD events series in the growing MOOD umbrella. Episode 1 features Nicole sharing her favorite tracks new and classic, plus recollections from her recent experience at U.S. super-festival Coachella, and tweets and notes from fans via the hashtag #IntheMOOD.

Nicole has had a breathtaking 2014 thus far, with signature releases and sold-out events. Her EP ‘One Day Later’ on Carl Cox’s Intec label reaching No. 1 on the Beatport techno release chart. The follow-up, a collaboration with Cox called ‘See You Next Tuesday’ for her own MOOD Records, dropped to critical acclaim in mid-April. MOOD Records dropped EPs from burgeoning stars Nathan Barato and Etai Tarazi. Add Nicole’s sold-out ‘In the MOOD’ takeovers at NYC’s Output and at The Raleigh Hotel pool during Miami Music Week, and it’s evident that the Queen’s reign has just begun.