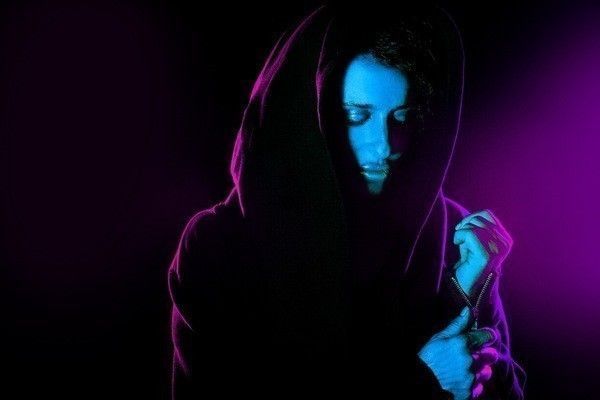 Nicole Moudaber has rocked festival stages from Electric Daisy Carnival to Coachella and nightclubs from Output to Stereo Montreal, earning her the fan anointed title “Queen of Techno.” Now embarking on her next conquest, a five-city warehouse tour ‘MoodRAW’, Moudaber is set to take her dark techno sounds, deeper into the underground, hosted in unexpected, transformed warehouse spaces for a one-of-a-kind nightlife experience.

The concept of ‘MoodRAW’ strips away the expected cacophony of traditional clubbing venues, going back-to-basics with only an intimate venue, a dark room and a powerful sound system. The raw nature of these events is designed to strengthen and highlight the relationship between Moudaber, her fans and music, creating an intense, fun party vibe that has become a signature of all her shows.

“My warehouse tour is going to be a ‘real’ experience, nothing shiny about it, just you, me and the music. This is what I grew up with and I want to recreate it and bring it to my fans. Just keeping it raw and real.” – Nicole Moudaber

The launch of  ‘MoodRAW’ comes at the end of a fantastic year for Nicole. Production wise she has continued to go from strength to strength with her ‘See You Next Tuesday EP’ on MOOD Records alongside Carl Cox released at the beginning on the year, the ‘Bittersweet EP’ on Drumcode appearing in June and her remix of Carl Cox’s “Kommen Zusammen” released on Intec Digital in August. Moreover, Nicole’s track “Roar” on Intec Digital released at the tail end of 2013 was nominated for ‘Best Techno Track’ at the International Dance Music Awards 2014 in Miami.

For her new release she returns home to MOOD with the devilishly groovy ‘The Whippin’ I’m Dishin’ EP out on September 29.  Nicole’s original sees her take a step back from the full throttle techno-tilt, creating a relaxed-yet-locked groove that swings throughout whilst kicking up a gear in its final third. Ramping things up in style is Gary Beck, who pairs the primitive rolls of the bongo’s against a relentless and industrial soundtrack before tech-maestro Robert Dietz takes over to inject a little more bass-weight groove, expanding the kick drum and dancing on the hi-hats.

On the DJ front Nicole has continued her fine form and was nominated for the ‘Best Techno DJ’ by the DJ Awards for the second year in a row, a fantastic achievement. Furthermore, Nicole’s ‘In The Mood’ Radio show is increasingly popular having been nominated for ‘Best Dance Radio Show’ at the Mixcloud Radio awards and is now available in over 30 countries worldwide with over 2.8 millions listeners. Now with the launch of her new series of Warehouse parties the only question which remains is… are you ready to get ‘MoodRAW’?