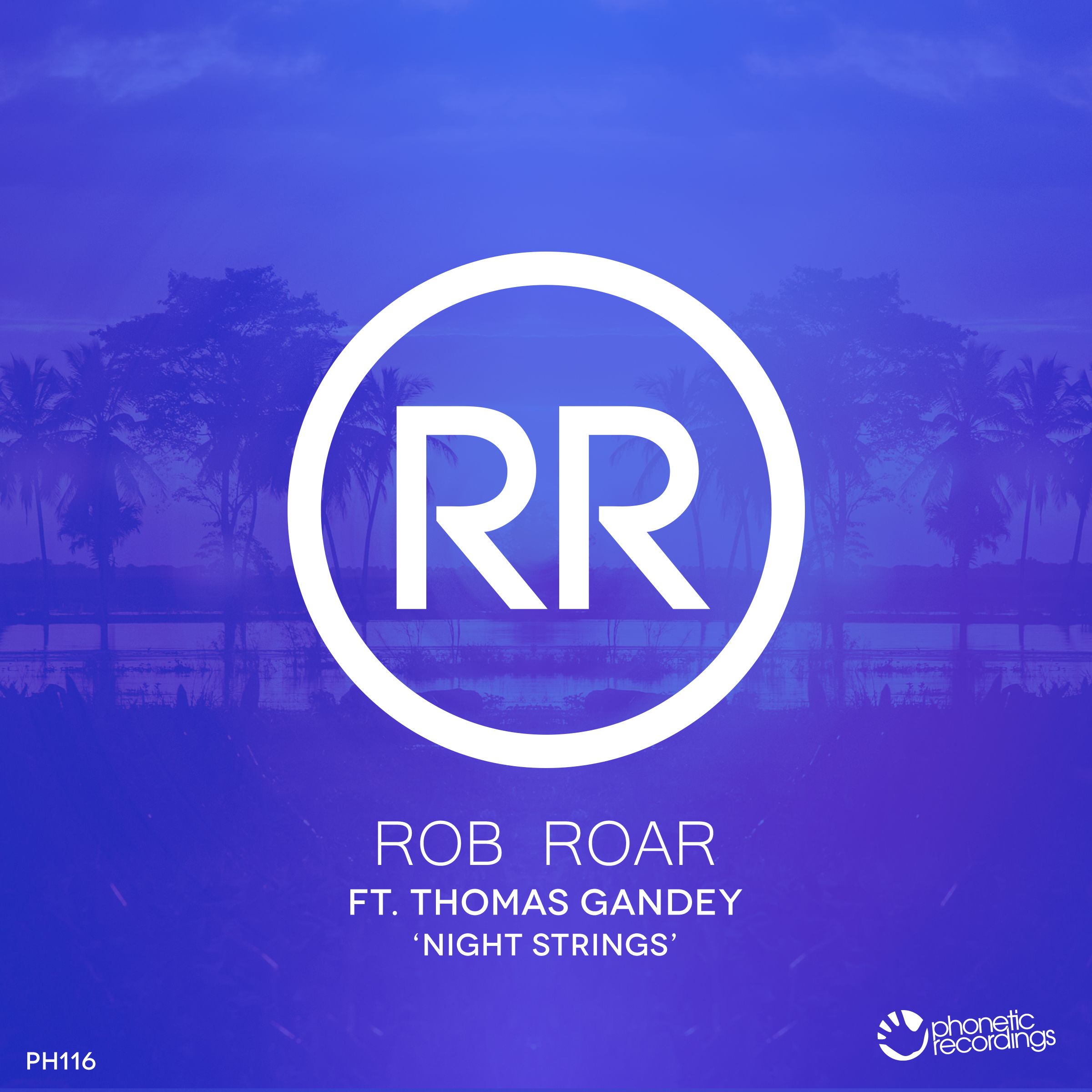 Next up from Phonetic's head honcho Rob Roar is 'Night Strings', the original un-released mix was given to a handful of DJ’s with rave reviews. Soaring up the DMC Buzz Charts and now ready for Ibiza.

No.1 DMC Buzz Chart
"The Phonetic Rob Roar hits us at the Buzz No1 with “Night Strings” it’s a big lush and moody production that will haunt Miami and Ibiza"

Now with a head down, get lost in the moment mix, Rob teams up with the multi-talented Thomas Gandey of Crosstown Rebels/Suara/Get Physical fame. Mr T loved the track and has delivered a deep, dark, quality vocal for it.

Rob’s ability to read a dancefloor has seen him Headline at the world’s No.1 club; Space Ibiza for the seminal We Love… parties on the Sunset Terraza Arena. He has been lucky enough to play the Islands biggest venues for legendary nights including Amnesia (Main room & Terrace), Ibiza Rocks, Privilege, Pacha, Bora Bora, Mambo, Pikes, Mallorca Rocks, Es Paradis, Eden, the list goes on. He has toured America, Asia, Europe, Australia and played the UK’s finest clubs.

On the production front Rob has written & produced many a big record and is the man behind the highly acclaimed Beatport No.1 Ibiza Night & Day Album series (Join us for the Album launch at Pikes Ibiza on 12-8-17). The owner of the seminal Phonetic Recordings label, responsible for nurturing the careers of some House Music’s biggest artists, delivering hit records year after year. Summer 2017 sees Rob team back up with Leiam Sullivan on their MAX LINEN project (3 ibiza No.1 Records under their belt), watch out for their new ODESSA single forthcoming towards the end of summer.

Thomas Gandey of Caged Baby fame, has released on many of the worlds best electronic labels. He and compadre Radio Slave released their collaborative live album Project ‘Matom’ on Carl Craig’s Planet E Communications, leading to a string of live shows including the Berghain’s Kantine and the Red Bull Music Academy. Thomas can be found DJ’ing across Ibiza, with gigs just finished at Pacha & Destino.

Night Strings is a cool, driving dancefloor bullet, with a break down that is causing serious dance floor devastation for those playing it.