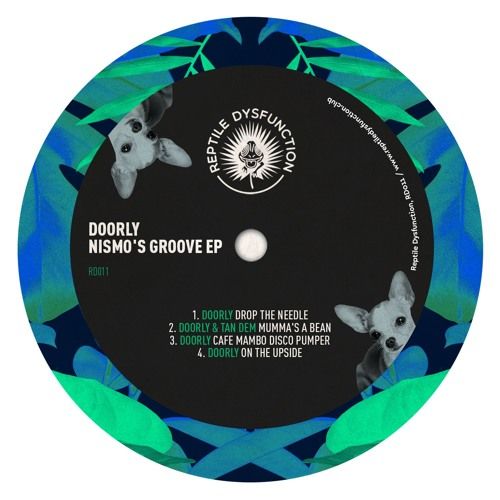 With the label now ten releases deep, Reptile Dysfunction label boss Doorly puts his balls on the line with Nismo’s Groove EP a four-track outing that swerves satisfyingly between house, disco and electro.

Doorly’s list of career highlights is impressive. As of 2018, he can already add two Essential Mixes, multiple Beatport and Traxsource No.1s, acclaimed releases on Cajual, Dirtybird and Hot Creations and studio collaborations with Green Velvet, Switch & Grandmaster Flash to his ever-growing list of achievements. And with forthcoming releases on Get Physical and Crosstown Rebels in the coming months, as well as this new EP for Reptile Dysfuction, he’s arguably in the production form of his life.

Since launching back in 2016, Reptile Dysfunction has served both as an outlet for some of Doorly’s weirder and more leftfield productions, and to give a platform to the up-and-coming artists in whom he truly believed: Trooko, Tan Dem, Griff and Charlie Rope amongst them. 2018 also saw the launch of Reptile Dysfunction events, with sold-out shows at Miami Music Week and SXSW, and an Ibiza summer residency at Pikes packed to the rafters with happy, musically adventurous rave lizards.

Despite contributing heavily to the label with remixes, collabs and one-off tracks, a full EP from the label boss has, until this point, been a notable omission from the label’s impressive catalogue. With Nismo’s Groove EP, Doorly rights that unfathomable wrong, with four tracks of playful, house-meets-disco-meets-electro grooves guaranteed to make you hot and sticky.

“It’s been so much fun being a label boss working on Reptile Dysfunction this year: we’ve released loads of music from lots of previously unheard talent and have gained support right across the board. I feel like the label now has a real identity and I’m so excited for what we have coming this summer. We’re ten releases deep on the label now, so I thought it was about time that I put my own balls on the line with my debut full 4 track EP on Reptile Dysfunction.

“My new studio in Ibiza is finally ready so I’ve been able to polish up some of the new stuff I’ve been working on. Look out a collab cameo from Reptilian alumni Tan Dem who has lots more music forthcoming on the label this summer. These ones are all pretty funky so hope you enjoy playing them somewhere warm and sunny.”