Boom Jinx - No Answers In Luck 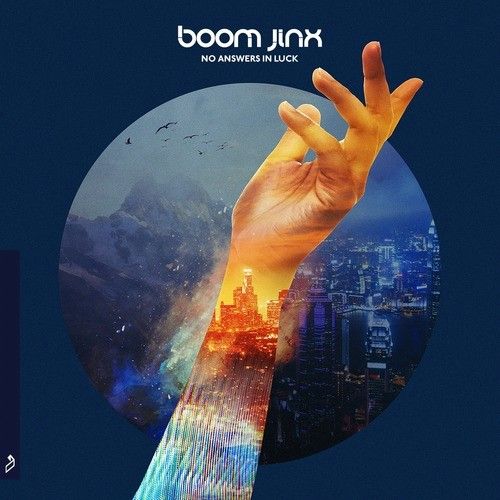 Boom Jinx - No Answers In Luck

Anjunabeats is proud to announce the release of the debut album from longstanding label artist and Anjuna family member Boom Jinx, titled ‘No Answers In Luck’ to be released October 30th.

The saying – “all good things come to those who wait” – couldn’t be truer for fans of the very talented and highly versatile writer, producer, sound designer, DJ and musician Øistein Johan Eide, better known as Boom Jinx. Throughout a creation process spanning many years, “Schtein” (as he’s known) has been carefully sculpting his masterpiece with expert precision and meticulous results.

Cutting an enigmatic figure in the Anjuna family and creatively responsible for some of the most intricate and beautiful music released on Anjunabeats and Anjunadeep — “Keyboard Cowboys”, “To The Six”, and “When You Loved Me” to name but a few — ‘No Answers In Luck’ is an eclectic, 13-track selection of modern electronic music, showcasing the Norwegian’s ear for engaging club tracks and delicate, melodic productions.

The album features a number of collaborators from Anjuna family members with the likes of vocalist Justine Suissa on the beatuiful “Half The Man”, and Canadian Colin Fisher aka Soundprank on “Don’t Let Me Go” and the soulful “Running Away” feat. Janai. Further vocal contributions come from Aruna, Meredith Call, and Kerry Leva. The new single from the album, “Bring Me Back Around” with Meredith Call is available for download now, along with previously released single “The Dark” (also with Meredith Call) which received support from heavyweights such as Above & Beyond, Armin van Buuren, and Audien, amongst others.

Øistein’s music career spans over 20 years, having worked on musc for advertising, video games, TV and film – including the biggest TV series at the time ‘CSI: Miami’ and ‘CSI: Las Vegas’, plus Electronic Arts’ ‘Need For Speed: Shift’. 6 years after creating the Boom Jinx guise, this album could well be his most defining moment to date.

The first phase of Boom Jinx’s album tour commences in the USA in November, stopping off in Chicago, Toronto, Seattle, and Boston, with more dates lined up for early 2016.