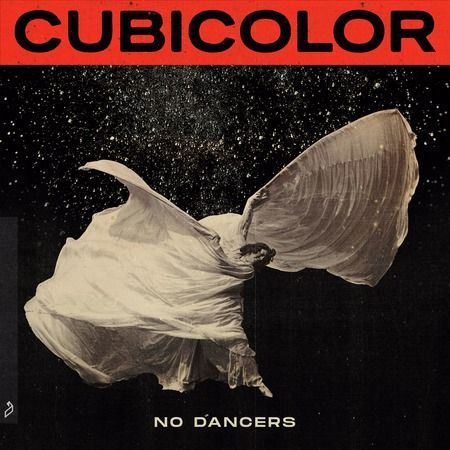 As they prepare to embark on their European headline tour, which starts tomorrow night in Paris and will also see them playing to a sold out London crowd at the capital's Pickle Factory, British/Dutch trio Cubicolor have shared a brand new single 'No Dancers'.

Once again, the trio's capacity for inimitable, sincere songwriting is exemplified in this new release; front man Tim Digby-Bell's melancholic lyrics are enveloped in a rich arrangement of arpeggiated synthesisers and cascading keys, creating a dreamlike soundscape that is at once foreboding and promising. On the track, Tim explains:

"It's an intimate song, but one that we wanted to work just as well in clubs as on your headphones or in your bedroom. The song is a searching; for something to believe in, something real, and always treading that balance between a desire to lead, and a desire to follow."

Cubicolor are British front man Tim Digby-Bell and Dutch producers Ariaan Olieroock & Peter Kriek. Olieroock and Kriek have been collaborators for over a decade, making electronic music and touring the world under their 16 Bit Lolitas alias, whilst Digby-Bell cut his teeth in UK indie band Duologue, championed by BBC 6Music, NME and The Sunday Times.

Drawing on their convergent career paths, and their shared love for thoughtful, experimental electronic music, the band released their debut album 'Brainsugar' in 2016, becoming something of a sleeper hit with nearly 40 million streams to date, drawing comparisons to Moderat, Boards of Canada and Massive Attack.

In July they released 'Counterpart', their first new music in 18 months, collaborating with renowned jazz drummer Richard Spaven (Flying Lotus, The Cinematic Orchestra), which picked up 8 plays on BBC Radio 1 from Annie Mac, Phil Taggart, Huw Stephens and Kölsch. Last month, the band released another single 'Boxed Out', which Magnetic Magazine described as "blissful" and "unique".

Cubicolor's European tour dates are below: