RetroVision x Raven & Kreyn - Nobody Else 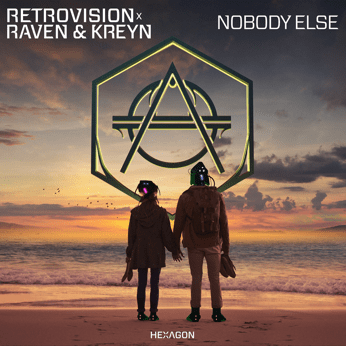 RetroVision x Raven & Kreyn - Nobody Else

RetroVision has teamed up with fellow famed French act Raven & Kreyn for the newest release on Don Diablo's HEXAGON label, already supported by many DJs –  this is 'Nobody Else'.

Young Frenchman RetroVision has been taking the electronic world by storm. His original music and remixes have not only been supported by hundreds of thousands of fans online but some of the most well known and respected DJ’s on the planet have recently played his music at EDC Las Vegas, Ultra Music Festival Miami and on SiriusXM. Retro has seen continued support from major YouTube and SoundCloud curators with features, premieres and releases on AirwaveMusicTV, Future House Music, GalaxyMusic, House Nation, MrSuicideSheep, NoCopyRightSounds and xKito to name but a few.

Now he returns to Don Diablo's label, teaming up with fellow French act Raven & Kreyn, known for their bass/future house sound, the guys have been causing mayhem at the clubs the last couple of years and have been featured on two of Don's Generation HEX EP's.

The collaboration results into a strong uplifting tune, featuring catchy chords and fantastic guitar riffs, while strong drum rhythms and powerful vocals give it the perfect club allure.

"It’s actually a funny story how ‘Nobody Else’ became a collaboration because we were originally meant to work on another record. Raven & Kreyn sent me some parts and when I downloaded them I said 'guys, you sent me the wrong track, but let's work on this one because I think it has a lot of potential'. Once it was finished we sent it to HEXAGON and Don was immediately excited about the track. Now it’s an official release and we can't wait to share it with the world!” – RetroVision

RetroVision x Raven & Kreyn – 'Nobody Else' – Out now on HEXAGON
http://hexagon.release.link/nobody-else