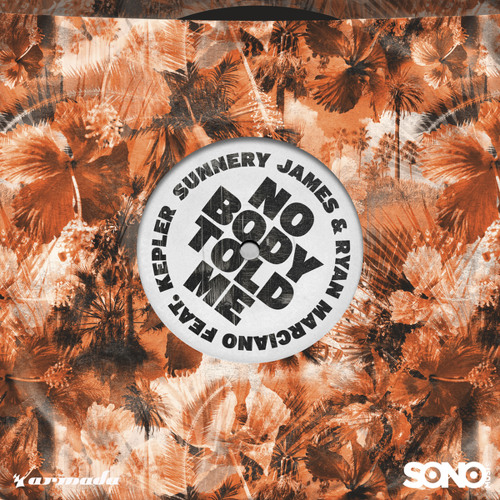 Fresh from kicking off their summer residency at Hï Ibiza, Sunnery James & Ryan Marciano have put out just the right record for the occasion. Featuring the vocals of Kepler, ‘Nobody Told Me’ arrives just in time to complete this summer’s Ibiza experience for dance music enthusiasts the world over.

Released on their own SONO Music imprint, ‘Nobody Told Me’ is laced with subtle synth plucks and Kepler’s song-defining vocals, all wrapped in frisky beats and soaring leads. It’s a song that radiates that ultimate summer feel while giving listeners their daily dose of Ibiza vibes no matter where in the world they are.

Sunnery James & Ryan Marciano are well on track to make 2017 their best year yet. In addition to locking in the before-mentioned summer residency at Hï Ibiza, the Dutch DJs and producers hosted their third consecutive Sexy By Nature Pool Party at the end of March and hit up Ultra Music Festival Miami 2017 two days later. In the remainder of July, the Amsterdam-based duo will spice up the mainstage of Tomorrowland Belgium on both weekends, in addition to hosting their own Sexy By Nature stage on the globally-acclaimed festival on Friday July 28th. ‘Nobody Told Me’ is likely to turn heads at all of these shows.