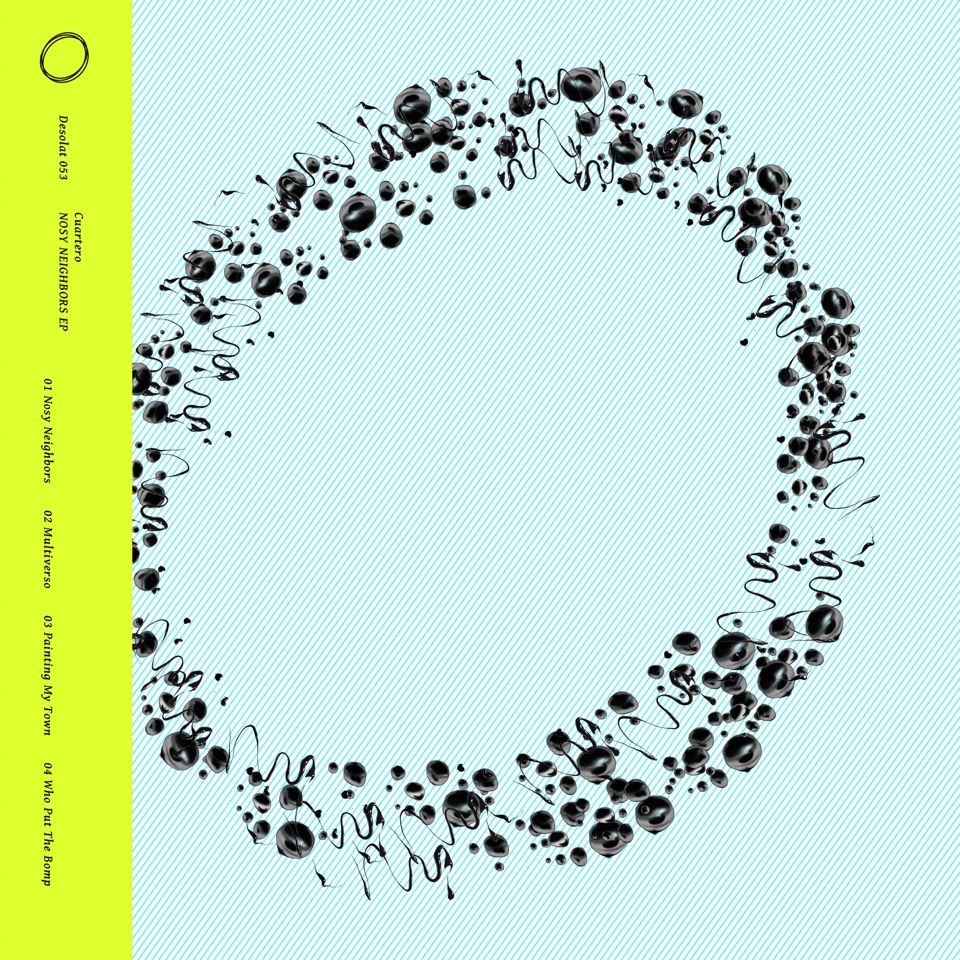 It’s a mere 5 years since Malaga’s Cuartero arrived on the scene with his own distinct take on party starting house music. The intervening years have seen him releasing via some of the hottest labels around with a slew of singles on the likes of Hot Creations, Moon Harbour, Knee Deep in Sound, Viva and of course Desolat. Away from the studio and into the clubs his rise as a DJ has been equally as meteoric, seeing him crisscrossing the globe whilst holding residencies for the likes of HYTE Ibiza.

This latest EP kicks off with title track ‘Nosy Neighbors’, a bass heavy house workout with an insistent breakbeat driving things along. Scattered FX and vocal snippets pepper things up top whilst the simple and direct arrangement makes this a surefire dancefloor winner from start to finish. ‘Multiverso’ sees the pace pick up as Cuartero steers into techno territory, layering rolling drums with old school stabs to great effect. Add in some mammoth snares, snatches of diva vocals and arpegiated synth work and you have something of a monster on your hands!

Penultimate offering ‘Painting My Town’ continues in the high intensity vein as the bumping bassline and percussion provide a perfect groove for this instant floorfiller. Finally we have the wonderfully spacious and wonky ‘Who Put the Bomp’ with its disembodied vocal parts, swirling synth sounds and hypnotic rhythm section, sublime stuff!

Cuartero has little to prove right now, riding high as he does on the success of recent records and performances, but this latest EP for Desolat may just be his best release to date.