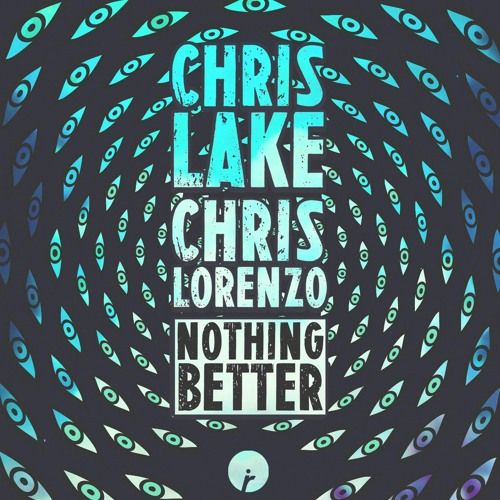 Today, Insomniac Records releases the massive collaboration between house legends Chris Lake & Chris Lorenzo. In "Nothing Better," Lake & Lorenzo curate a track that is filled with the reminiscent vibe of a classic 90's house release but also has the clear-&-crisp sound design of a 2017 production. When the energy of the record kicks in and the pristine, nostalgia-filled vocals of Malika Ferguson reverberate, you'll be convinced that summer has been officially extended into September.

Both Chris Lorenzo & Chris Lake explained the process of getting the track together with some anonymity on who made what, explaining that "one Chris came to the UK to spend some days writing some records. One Chris had the acapella on his computer and told the other Chris to play some piano, while the other Chris supplied some drum samples and bass noises… It was just a really fun & natural process."

Chris Lake is known for his accolades as a producer over the past decade, earning Grammynominations, producing platinum records, and wowing fans with his remixes – i.e. his Calvin Harris "How Deep is Your Love" remix which has over 37+million streams. Additionally he was the anchor in OWSLA's "HOWSLA" compilation, and is currently traveling all over North Americaheadlining the Lose My Mind Tour.

Chris Lorenzo is the House & Bass pioneer from Birmingham, UK and has built up worldwide support with releases on a plethora of tastemaker labels, including Claude VonStroke's Dirtybird Records, Shadow Child & Kry Wolf's lauded Food Music and AC Slater's Night Bass. Lorenzohas also become prolific on the remix front, putting his trademark spin on the likes of Disclosure, Ed Sheeran, Rudimental, and A-Trak. Chris Lorenzo will also be playing several upcoming tour dates in the UK.