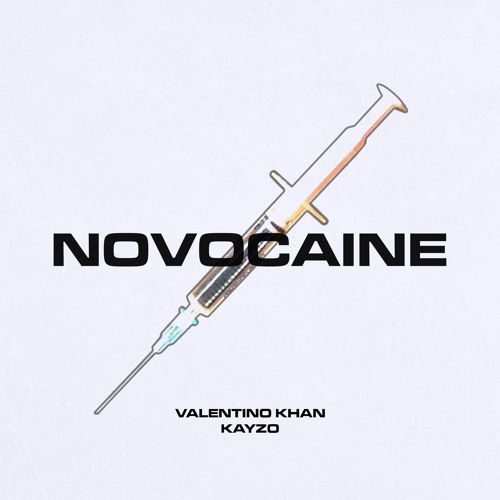 Valentino Khan and Kayzo's new track "Novocaine" should come with a warning label: not for the faint of heart (or hearing). Prepare for an assault to the senses from the start of the track, which begins with intense hardstyle-influenced percussion. Khan uses this as a warm up to deliver jarring, distorted synths and a heavy dose of bass, melding elements of trap and drum & bass to make "Novocaine" a hybrid of modern bass music. The track, which is out on Diplo's Mad Decentrecord label, follows a huge announcement from Khan: he will be playing his biggest live show to date at the Hollywood Palladium on March 9th, joining the ranks of legendary artists who have graced the iconic venue’s decks before him. Attendees can expect to hear new music like "Novocaine" as well as Khan's popular tracks from the last year, including "Feel Your Love" and "Lick It."

The world was introduced to LA-based DJ and producer Valentino Khan in 2014, when he burst onto the scene with his debut EP "In Khan We Trust" on Skrillex's OWSLA label. Khan's sound possessed a unique versatility, incorporating elements of trap, bass, hardstyle, house and more into a driving, oftentimes heavy sound that found homes on labels such as Mad Decent, Spinnin Records and Ultra. In 2015, Khan's original track "Deep Down Low" became an international sensation, earning the title of "Most Played Track Of The Year" and topping Sirius XM’s #1 Songof 2015 on Electric Area. Since then, he has earned a reputation as a remix master with official renditions of RL Grime's "Pressure," Alison Wonderland's "Good Enough," Calvin Harris's "One Kiss" and more. His recent original productions include "Pump,” which has over 17M streams on Spotify, "Gold" with Sean Paul, as well as production credits for the likes of 2 Chainz, B.O.B., Dizzee Rascal, Iggy Azalea, T.I. and more. Khan has set the stage for a strong 2019 with the release of "Novocaine," so look out for more massive releases coming soon!