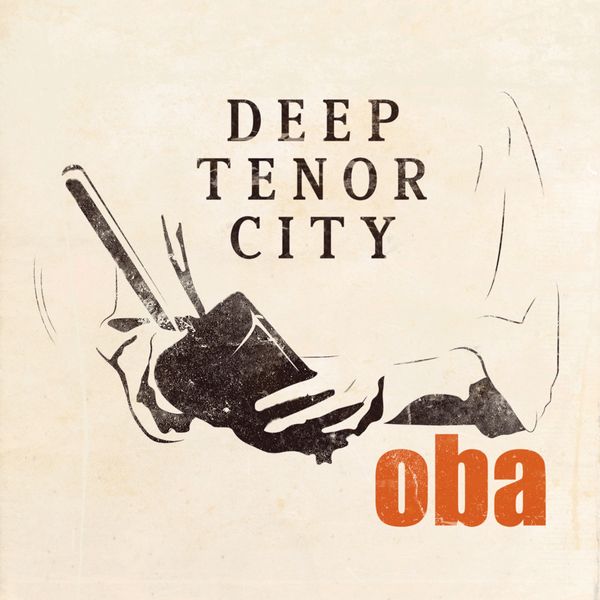 Deep Tenor City is the production partnership of Dan Stillit and Oli Savill. The duo also present the Tenor City Radio show on Back2Back fm. Oli is an accomplished musician who is the live and studio percussionist with Basement Jaxx, and he has featured with a number of acts, including Kaidi Tatham and Dayme Arocena, to name a few.

He has also appeared on many releases as an original percussionist with Da Lata, as well as being a producer in his own right. Dan teamed up with Oli in 2003, and the duo have a unique synergy based on Oli’s experience, percussion and production skills along with Dan’s knowledge of the business, and everything Soul, Jazz, Disco, and House, especially Deep House. Dan has always loved percussion and Oli was one of his teachers.

They initiated the Love and Courage project, bringing together a celebrated group of musicians from New York, London and Miami including Sammy Figueroa (twice grammy nominated), Jose Claussell (timbales playing brother of DJ Joe Claussell), Robby Ameen, Dele Sosimi, Graeme Flowers, John Crawford, Femi Elias, Ricoh Scott, Nick Newall, Virginia McLean, Ebony, Imani and Hannah. The contributors have an impressive musical pedigree having worked with quality established artists including the likes of Chaka Khan, Roy Ayers, Roberta Flack, Dizzie Gillespie and Quincy Jones. Oba was originally created back in 2003 and distributed and sold hand-to-hand via CD, but was never commercially released at the time despite being well-received. Recently DJ Harv and Shep Kennedy showed interest in the track and it received very positive feedback from listeners.

Oba was rediscovered, and is now being released on the BBE label with remixes from Josh Emman and Opolopo.

Josh Emman (Aries Audio Music) has been on the music scene for many years, belonging to a family of performers and musicians. His father was a regular performer on the Midlands reggae scene in the 80’s and 90’s and his uncles are lovers of many genres including Soul, Disco, Jazz, Rare Groove, Motown, Two-Tone, 80’s Soul, Electro and Rave. Josh has a sophisticated ear for production, having studied Music Technology and Sound Engineering at college. He has presented on radio for many years, most recently on Back2Back fm and has performed as a DJ at many prestigious venues including Babalou, Turnmills, Ministry of Sound, Bournemouth’s Opera House, and The End. His productions radiate quality and include Love on The Line featuring Nina Provencal, the instrumental Refreshing EP, a remix of Luka’s Love Is Freedom, and as the sole featured remixer on Knox’s Hallelujah featuring Aaron K Gray. Josh strives for excellence and has produced a signature soulful sound which is the key to many of his productions.

Opolopo (Peter Major) is a man with Hungarian and Swedish heritage, a long time music lover with a passion for many genres and the influence of an accomplished, keyboard playing father. He absorbed the sounds of Electronica, Fusion, Funk, Soul and Disco in the eighties, and is now an international well-loved DJ and producer, never being afraid to experiment and bring unique facets to his trademark funky sound. Opolopo is a Yoruban word meaning ‘plenty’ and he certainly lives up to his name, being prolific in his releases and performances. He recently featured at number 2 in the Traxsource chart of the most influential Soulful House Artists of 2015 so far. Notable releases and remixes include Shea Soul’s Be Enough, Luka’s Love Glow, Taliwa’s Music For My Sun, Portia Monique’s Ain’t Scared of You, and Jarrod Lawson’s Sleepwalkers.

The BBE label (Barely Breaking Even), established by Pete Adarkwah and Ben Jolly, marketed their first track in 2001 and have over 300 releases under their belt covering many genres including Soul, Funk, Disco, Deep House, Soulful House, and Broken Beat. The label goes from strength to strength marketing and supporting quality acts in the dance music arena.

Oba is a Yoruban word meaning King, and is a fitting title for this majestic afro track. The track is deep, complex, jazzy and funky with Afro-Cuban influences, layered with mesmerising vocals, brass and clever percussion. All analogue. The original track is highly Jazz influenced with a vibe reminiscent of early Carlos Santana, and an abstract freeform feel. Josh Emman’s remix has a traditional House beat with deep vocals from NYC’s Ricoh Scott, laced with sweet flute touches, congas and harmonious keys that will make you want to move from the opening bars. Opolopo digresses from his usual form with a broken remix that highlights the Jazz elements with a carnival atmosphere and just an undertone of his trademark funkiness.

Three very different versions make sure that there is something for everybody, whether you want to relax, dance or salsa – this track is versatile enough to transition from a chill out lounge to a dance floor and is sure to touch the heart of every listener.