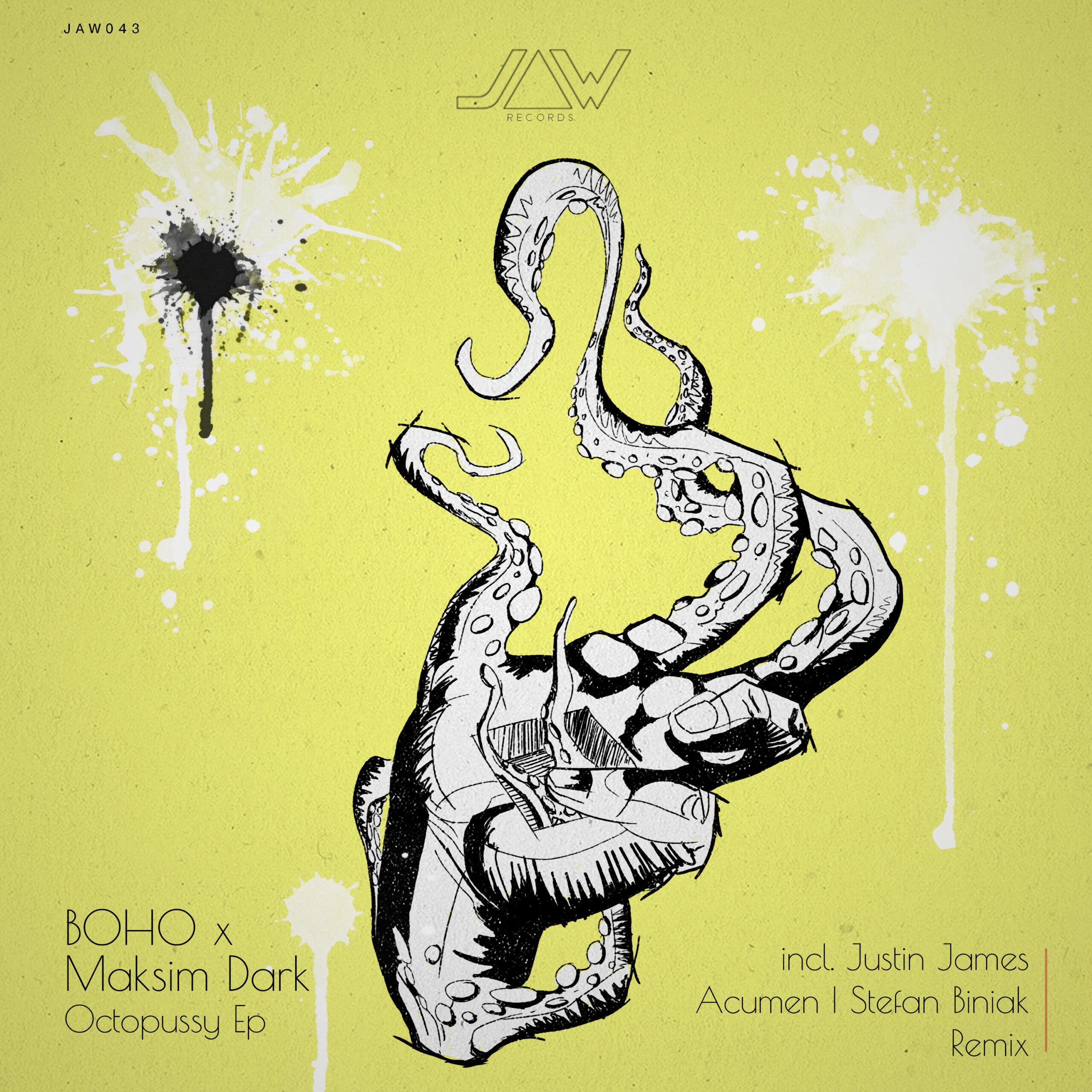 2017 was quite the year for Jannowitz Records. Alex Stein, Andre Gazolla, Diatonik, Eudi, Flow & Zeo, FractaLL & Rocksted, Kaiser Souzai, Khainz, SUDO, Touchtalk – just to name a few of all the international leading artists that released music on the Cologne based imprint during the last year.

And right next to those big names BOHO, the DJ duo founded by JAW label bosses Lars Kohl and Matthias Seibert, arose. In 2017 their journey started. They released their first EP, remixed various tracks and played in their hometown as well as on Ibiza and in India. And while BOHO's journey has just begun, another artist had his first career peak last year. Maksim Dark produced a whole lot of tracks. Among them are remixes for techno legends like Dubfire (published on SCI-TEC) and Oliver Huntemann (Senso). But Maksim Dark still took the time to collaborate with BOHO for their second and darkest EP, yet. "Octopussy“ combines BOHO's and Maksim's ways of producing throbbing, driving techno with a vocal that will take you straight to hell. It proves that BOHO – although only few months in the business – is already at an level that can compete with any other genre-producer.

Three remixes round off "Octopussy EP“ and make it one of Jannowitz' most diverse releases to date. Stefan Biniak has played almost all the clubs of Germany's capital (and actually also in the whole world). He kept the essence of "Octopussy“, added his own flair and a 2017 – typical synthesizer-melody that will fit every dance floor you encounter. „Refused“ label boss Justin James already added tracks on "Minus“ and "SCI-TEC“ to his catalogue. His first Jannowitz remix turns "Octopussy“ to a dark and hypnotic alien track that will cast its spell over you and will be stuck in your head forever.

Acumen (owner of the label "Time Has Changed“ who published for example on Sasha's "Last Night On Earth" serves probably the most surprising interpretation of Boho's and Maksim Dark's track. It's more chill, more laid back, even groovier but at the same time true to the Original Mix. You will know that it is "Octopussy“ although it's a totally different version.

Four mixes of "Octopussy“ in one EP. But wait. An octopus usually has eight arms, right? That's why there will be even more Octopus remixes coming to you some time in 2018. Wait for it – the Octopus is going to grow.