ODESZA Announce UK/EU Leg of Their ‘A Moment Apart Tour’ 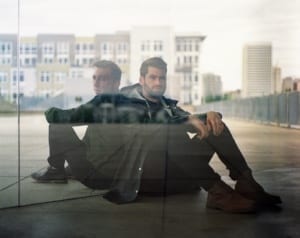 ODESZA Announce UK/EU Leg of Their ‘A Moment Apart Tour’

ODESZA, the electronic duo whose transformative live performances and massive fan base have won them major slots at this year's biggest festivals from Coachella through to Austin City Limits, have announced the next leg of the 'A Moment Apart Tour' for January and February 2019.  The shows in UK and Europe – including stops at O2 Academy Brixton in London and Zenith in Paris – will mark the duo’s sixth European headline tour.

In April, ODESZA performed a "legendary" (Billboard) live set at Coachella, and they will embark on a worldwide festival tour at this summer's biggest festivals, including Roskilde, Fuji Rock, Panorama, Lollapalooza, Outside Lands, and Life Is Beautiful among others. With their fourth annual sold-out shows at Red Rocks recently, ODESZA wrapped up a spring tour that was called "an instrumental concoction we won’t see again this year, or maybe even this decade" by the Pittsburgh Post Gazette, and "a rare and fabled live experience" by Creative Loafing Tampa.  Adding to the accolades was DJ Mag, who named ODESZA “Best Live Act of 2018” in North America.

Pre-sale tickets will be available from https://odesza.com/shows starting Thursday, June 21st at 10am local time with password: APART.  Public on-sale of tickets will follow on Friday, June 22nd.