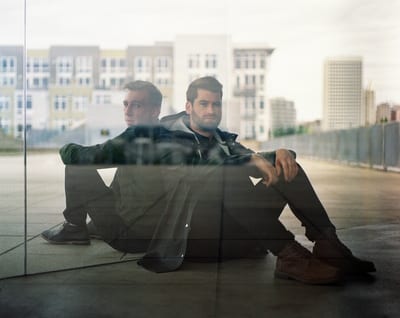 ODESZA (Harrison Mills, Clayton Knight) has added four more dates to its 2017 'A Moment Apart' tour, including shows in Washington, DC, San Diego, Sacramento, and Portland, OR. The duo continues their global journey in support of their new album 'A Moment Apart' (out September 8 on Counter Records/Ninja Tune), with many shows sold out already and second and third shows added in a number of markets. They will play their largest ever shows in Los Angeles and New York City this year, performing at the STAPLES Center and Barclays Center, respectively.

In May of this year, ODESZA returned to Morrison, Colorado to unveil new music during two sold-out shows Red Rocks Amphitheatre, selling 19k tickets in just under an hour. Mills, Knight, and their live band debuted new songs over the two nights, capturing the experience on the newly released Samsung Gear 360 camera. Go behind the scenes in the studio and backstage to see what goes into making a live show that will "rock your world, physically and metaphysically" (Nylon): http://odesza.co/red-rocks-360

Harrison Mills and Clayton Knight have earned a GRAMMY nomination and Gold singles in the U.S. and Australia while racking up 31 Hype Machine #1s, over half a billion combined Spotify and YouTube plays, and over one billion plays on Pandora. With two full-length albums to their name, the Seattle-based production duo creates atmospheric, cinematic music blurring genres and musical styles while incorporating live instrumentation into their performances. They have sold out every show in 2015 and 2016 and headline festivals around the globe.