OFF Festival Katowice 2017: Alternative Music is a Woman 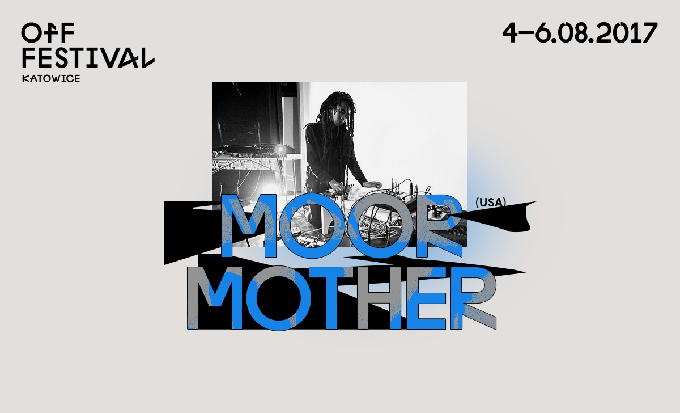 OFF Festival Katowice 2017: Alternative Music is a Woman

It’s a sad fact that women don’t rule the world. As we observe with growing concern the current trajectory of our civilization, one set up and run by men, we wouldn’t mind at all if women were to take the helm for a while. Nor would we mind if Poland’s Black March, the Women’s March on Washington, and many other similar initiatives combined into one movement that would precipitate real change for the better…

This female element has always been crucial to — and strongly represented at — the OFF Festival. We’ve hosted the punk papesse Patti Smith and riot grrrl Kathleen Hanna, the uncompromising Kim Gordon and the shaman Ogoya Nengo, Fatima Al Qadiri and Julia Holter, Chealsea Wolfe and Nosowska, Warpaint and Brodka, and a host of other strong, bold, talented women.

We’re pleased to announce that our invitations to the 2017 edition of the festival have been accepted by a number of outstanding female artists whose music and attitude truly make a difference. Here are just a few of them:

Carla Bozulich
This New York-born, California-raised musician, producer, curator, and author is, above all else, the owner of a remarkable voice that can accommodate just about any context. She’s performed with the punk-country band The Geraldine Fibbers, led the improvisation post-industrial outfit Evangelista, and made guest appearances on innumerable recordings by her friends, from Xiu Xiu to Mike Watt. Carla Bozulich describes her solo work, particularly her 2014 album Boy, released by Constellation Records, as the most “poppy,” but don’t be fooled: no pop is this original, bold, and intriguing.

Anna Von Hausswolff
A Swedish vocalist and composer with vision. The titles of her albums — Singing From The Grave (2010), Ceremony (2013), The Miraculous (2015) – speak volumes about her style. It’s brooding but beautiful art pop, brimming with the sounds of keyboards, ennobled with a solemn, ceremonial, almost liturgical atmosphere. The comparisons to Kate Bush come as no surprise, but make no mistake: Anna Von Hausswolff speaks in her own artistic voice.

Jessy Lanza
A Canadian singer and producer whose adventures in music began with the piano, clarinet, and jazz, Jessy Lanza entered adulthood (and musical maturity) with songs that charm you with their poppy catchiness while intriguing you with their modern, exploratory form. Her latest album, Oh No (2016) is yet another result of her creative collaboration with Jeremy Greenspan of Junior Boys and evidence of the fact that Jessy’s voice is enchanting as it is original.

Moor Mother
Looking for some intense sensations? Don’t miss this show by Moor Mother, a.k.a. Camae Ayewa, an interdisciplinary artist from Philadelphia. We consider her debut album Fetish Bones one of last year’s most important records, though it’s too radical for broader audiences. Part chronicle, part complaint and rebellion, Fetish Bones is a stream-of-consciousness flowing from the collective and individual memory of an African-American woman. Critics have likened it to Allen Ginsberg’s “Howl,” Matana Roberts’ Coin Coin, and even Kendrick Lamar’s To Pimp a Butterfly — all well-deserved comparisons — but Moor Mother’s message and music are much more vehement, vivid, and furious.

SIKSA
A duo that’ll leave you puzzled yet enthralled with their raw form and uncompromising lyrics. In their own words, “SIKSA is an infantile and antisocial nightmare that emerged from the punk rock, theater, and literature scenes.” It’s “loud-mouthed literature shouted over vulgar bass marches, spat out here and now by a non-actress and non-musician…” And to make things easier for their lazier listeners, they offer the following comparison: “SIKSA is part Britney Spears and part Geurnica y Luno.” The best part is that they’re right.

About OFF
OFF is a festival for the discerning music fan and the place to discover the best alternative acts from around the world. A truly unique boutique music festival, OFF Festival takes place in ‘Three Lake Valley’, Katowice – a beautiful green oasis in the heart of industrial Silesia. OFF is a way of life, one that flies in the face of current trends and stays true to itself, and the ethos of organiser Artur Rojek is firmly aimed at supporting art and music with the festival bringing many acts to Poland for the first time. OFF Festival’s reputation is growing year on year driven by the festivals forward–thinking, eclectic music policy and it’s bold and eclectic lineups. From the greatest alternative music stars from around the world to the increasingly strong Polish scene, OFF festival has inspiring music in abundance and the organisers and crowd have one serious finger on the pulse when it comes to music.

OFF Festival takes place from 4-6 August 2017. 3-day tickets from £52 available at www.off-festival.pl