OFF Festival Katowice 2017: Challenge your ears… 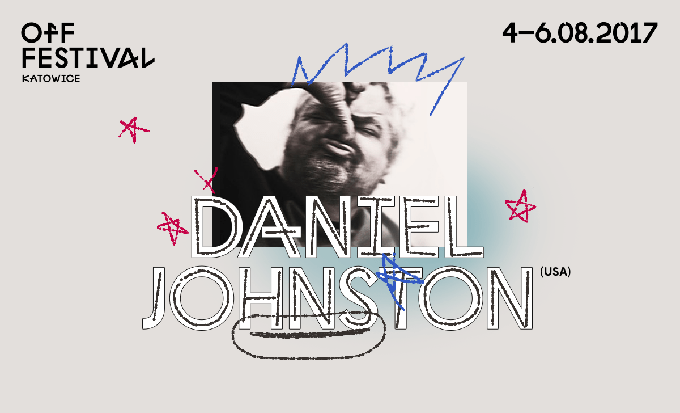 OFF Festival Katowice 2017: Challenge your ears…

Taking place from 4-6 August in Katowice, OFF is truly a festival for the discerning music fan bringing together some of the boldest, most unique and iconic independent artists in alternative music. Joining the lineup for 2017 are Steve Albini's legendary noise rock band Shellac, cult singer songwriter and artist Daniel Johnston, Silver Apples, BEAK> and Wolves in the Throne Room who join the previously announced Swans, The Black Madonna, Circuit des Yeux and Kikagaku.

Shellac
If we were to put together a list of the artist's most requested by OFF Festival veterans, Shellac would definitely have a spot on the podium. We’re not in the least bit surprised: headed by the charismatic musician and producer Steve Albini, this trio is in all respects a perfect match for our OFF Festival philosophy: they play their own music on their own terms, and they don’t care what anyone else thinks. Shellac upholds the best traditions of independent American guitar rock, but this is no museum of hardcore and noise rock; just listen to their latest album, Dude Incredible (2014), to find out how alive their sound is! And their live shows can be a real kick in the ass, too.

BEAK>
A Bristol-based trio featuring Geoff Barrow (the backbone of Portishead), Billy Fuller (best known for his work with Robert Plant), and Will Young. Why would the former embark on yet another musical adventure, seeing that he’s already the co-founder of one of the most important bands of our time? Just have a listen: BEAK> is a completely different set of inspirations and emotions. With its nods to Krautrock, the minimalist roots of contemporary electronic music, and British underground dance music, this English trio rises to entirely new levels. An engrossing yet irritating trance, one that throws down the gauntlet to its listeners, like any good music should.

Daniel Johnston
Hi, how are you? When Kurt Cobain posed for a photo wearing that t-shirt, the world finally noticed Daniel Johnston, a musical outsider and one of the most legendary figures on the independent music scene. Beautifully portrayed in the documentary The Devil and Daniel Johnston, this bipolar artist is a lo-fi icon and the author of several hundred captivating songs released on a few dozen albums, along with innumerable fascinating illustrations. The leader of Nirvana isn’t the only artist to take inspiration from Johnston: the list includes such names as Tom Waits, Sonic Youth, Yo La Tengo, and Mark Linkous. We’re happy to host Daniel at the OFF Festival and we’re certain he’ll be right at home here.

Silver Apples
This band has spent half a century in the musical avant-garde without taking a single step back. Put on their 2016 record Clinging to a Dream, their first new material in nearly two decades, to find out just what Simeon Coxe can conjure up in his electronic lab. We’ve already featured Krautrock heroes and the visionaries of exploratory electronic music here at the OFF Festival, and now it’s time to go back to the source and find out where it all began.

Wolves in the Throne Room
Extreme metal has a way of provoking strong emotions and controversies: some people are enchanted by it, others find it revolting. And that’s precisely why it’s been a constant feature of the OFF Festival. But there’s another, more important reason: metal, in its radical forms, has been one of the most creative scenes in music for many years, not just just building upon its nearly half-century-long heritage, but also borrowing from 20th century avant-garde and experimental electronic music. This is particularly true of the American group Wolves in the Throne Room, founded by the Weaver brothers in 2003. Nearly a decade and half and five albums later, the artists behind Celestial Lineage consistently prove that black metal has about as much respect for boundaries as it does for anything sacred.

About OFF
OFF is a festival for the discerning music fan and the place to discover the best alternative acts from around the world. A truly unique boutique music festival, OFF Festival takes place in ‘Three Lake Valley’, Katowice – a beautiful green oasis in the heart of industrial Silesia. OFF is a way of life, one that flies in the face of current trends and stays true to itself, and the ethos of organiser Artur Rojek is firmly aimed at supporting art and music with the festival bringing many acts to Poland for the first time. OFF Festival’s reputation is growing year on year driven by the festivals forward–thinking, eclectic music policy and it’s bold and eclectic lineups. From the greatest alternative music stars from around the world to the increasingly strong Polish scene, OFF festival has inspiring music in abundance and the organisers and crowd have one serious finger on the pulse when it comes to music.

OFF Festival takes place from 4-6 August 2017. 3-day tickets from £52 available at www.off-festival.pl