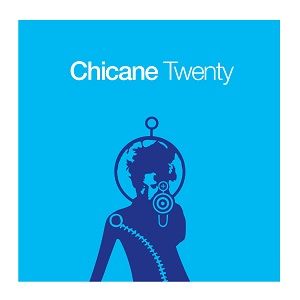 After two decades at the forefront of the dance music scene, Nick Bracegirdle AKA Chicane is preparing to release a long awaited retrospective, ‘Twenty’, set to drop on his own label Modena Records on July 29th.

Chicane began his long and gilt-edged career in 1996 when ‘Offshore’ (No. 12 in the UK Singles Chart, No. 5 in the Billboard Hot Dance Music/Club Play Charts) catapulted him to the cutting edge of the Ibiza scene. The following years brought with them success after success – from ‘Saltwater’ in 1999 (No. 6 in the UK Charts, No. 1 in all five major UK dance charts), to the timeless ‘Don’t Give Up’ feat. Bryan Adams, which debuted in pole position, a place it occupied in no less than 16 countries.

Chicane’s legendary 20 year career has placed him at the pounding heart of dance music. Not only does the maestro craft his own original material but over the years he has written and produced music for the likes of Cher. These successes are not limited to his recorded music, performing as a solo DJ or as part of his full live band, Chicane has proven to be a tour-de-force on the live circuit with gigs around the world from Ibiza’s mythical Café del Mar to Roskilde and Glastonbury. His seemingly limitless talents have also seen him turn his hand to curation, and highlighting new talent on his weekly podcast, Chicane presents Chicane Sun:Sets (which is syndicated on over 63 terrestrial stations around the globe).

CD One epitomises Nick’s passion and commitment to new music and dance talent. Crammed with remixes from some of the rising stars on the scene, the disc shows an entirely new side to Chicane. UK iTunes’ ‘Best Electronic Artist Of The Year’, Grum brings an euphoric remix of ‘Offshore’ to the table, full to the brim with dancing synths and deep basslines of what he acknowledges as “a universally acknowledged Ibiza classic.” His deep contemporary take on the track is dripping with his desire “to keep the timeless feel of the original club version, while bringing it into 2016 for DJ sets.” Meanwhile, the Earmilk-approved Thomas Datt offers up his own shimmering remix, the exhilarating crescendo of the track mixes the best of 90s trance with a 21st century minimalist twist. He explains that whilst creating his shimmering remix his “main focus was to get that classic Chicane pad just right to give it a whole new life; a more engulfing, epic feeling. Then came the guitar and piano…Once [he] got in Datt flow state, it more or less wrote itself.”

The six studio albums peppering Chicane’s career provide the perfect pool from which to pluck the musical stepping stones found throughout ‘Twenty’. The hand-picked tracks of CD Two wind a musical path through the last twenty years of club bangers and chilled out trance, from ‘Saltwater’ to ‘Offshore’, collaborations with the likes of Maire Brennan and Sir Tom Jones, to the timeless Sigur Rós-inspired ‘Poppiholla’.

Also featuring ‘Carry Me Home’, the club No. 1 single, alongside one special unreleased composition, the eagerly anticipated album will be available in a gatefold sleeve limited edition vinyl. Including exclusive reworks from Jody Wisternoff, Kyrder and Philip George, the release transports us to the beaches and clubs of Ibiza with tracks that are woven into the very fabric of dance music, and delivers the best of the up-and-comers to our ears. Chicane’s ‘Twenty’ is sure to be one of the most hotly anticipated releases of the summer.