Omar Basaad returns to the release radar with his much-anticipated 17-track full-length album ‘MINDCATION’. The renowned DJ/producer’s latest serves as his first sonic offering of 2022, and directly follows up hit singles such as 2020’s ‘Contra el Mundo’ featuring Baad Bad and ‘Without You’. Out now via the stalwart’s very-own Coexist Records, ‘MINDCATION’ is available to listen to across all streaming platforms. 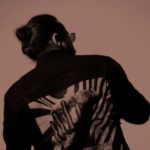