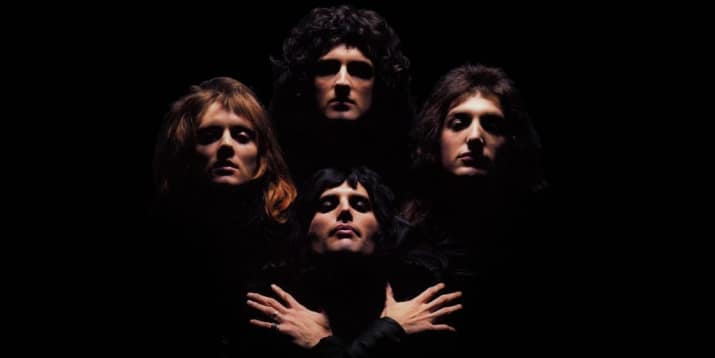 Ahead of the Bohemian Rhapsody film, which follows the path of iconic rock band Queen and lead singer Freddie Mercury to stardom and is due to hit cinemas in October this year*, recording engineer, producer and musician Gary Langan will offer unparalleled behind the scenes access into his experience of working on the creation of the famous eponymous track at the Festival of Sound, The Music and Audio Show (28-30 September at the Novotel Conference Centre, Hammersmith, London).

Gary will be bringing 24 track masters from the studio to demonstrate how the song, which has transcended generations, was created and showcase the three movements in which it was composed. Audiophiles are invited to take advantage of this once-in-a-lifetime opportunity and attend the interactive seminar which takes place on 29 September at the event.

His journey in the industry began at the age of 18 when he worked as an assistant engineer at Sarm Studios (East), where he learnt from Gary Lyons and Mike Stone, whom he assisted on the Queen albums ‘A Night at the Opera’, ‘A Day at the Races’, and ‘News of the World’.

Gary’s varied career has spanned four decades and has also seen him work with Yes, Spandau Ballet and ABC, recently overseeing the SACD remaster of Jeff Wayne’s ‘War of the Worlds’. Along with programmer J. J. Jeczalik, arranger Anne Dudley, music journalist Paul Morley and producer Trevor Horn, who joined the group at a later stage, Gary launched his band Art of Noise in early 1983, and enjoyed several international Top 20 hits with "Kiss" and the instrumental "Peter Gunn", which won a 1986 Grammy Award.

Vernon Hamblin, producer of the Festival of Sound, says, “We were all thrilled to hear the great news about an upcoming Queen movie and it comes at a perfect time as Gary Langan will be talking about the track at the Festival of Sound in September. He’s had an incredible career, being very fortunate to work with legends such as Freddie Mercury, so our visitors will be able to soak up every story from his experience. We hope they come armed with questions to make the most out of it and get behind the music.”

The Festival of Sound will, once again, push the boundaries and bring the industry’s leading high-quality audio, headphones, portable audio, and streaming products, all under one roof, back to the Capital, breaking the mould of industry events for music lovers from across the UK.

The event will embrace all things music; from a global premiere of some of the world’s most expensive audio products, vibrant product demonstrations and innovative equipment showcases; to live musical acts from renowned artists to individual buskers, and lessons to master musical instruments; to packed-out record producer seminars that have all inspired a multitude of new consumers to try out, listen to and be bowled over by internationally-acclaimed audio and musical brands.

Premium day tickets to the Festival of Sound, The Music and Audio Show (28-30 September), will soon be available on www.festivalofsound.co.uk.