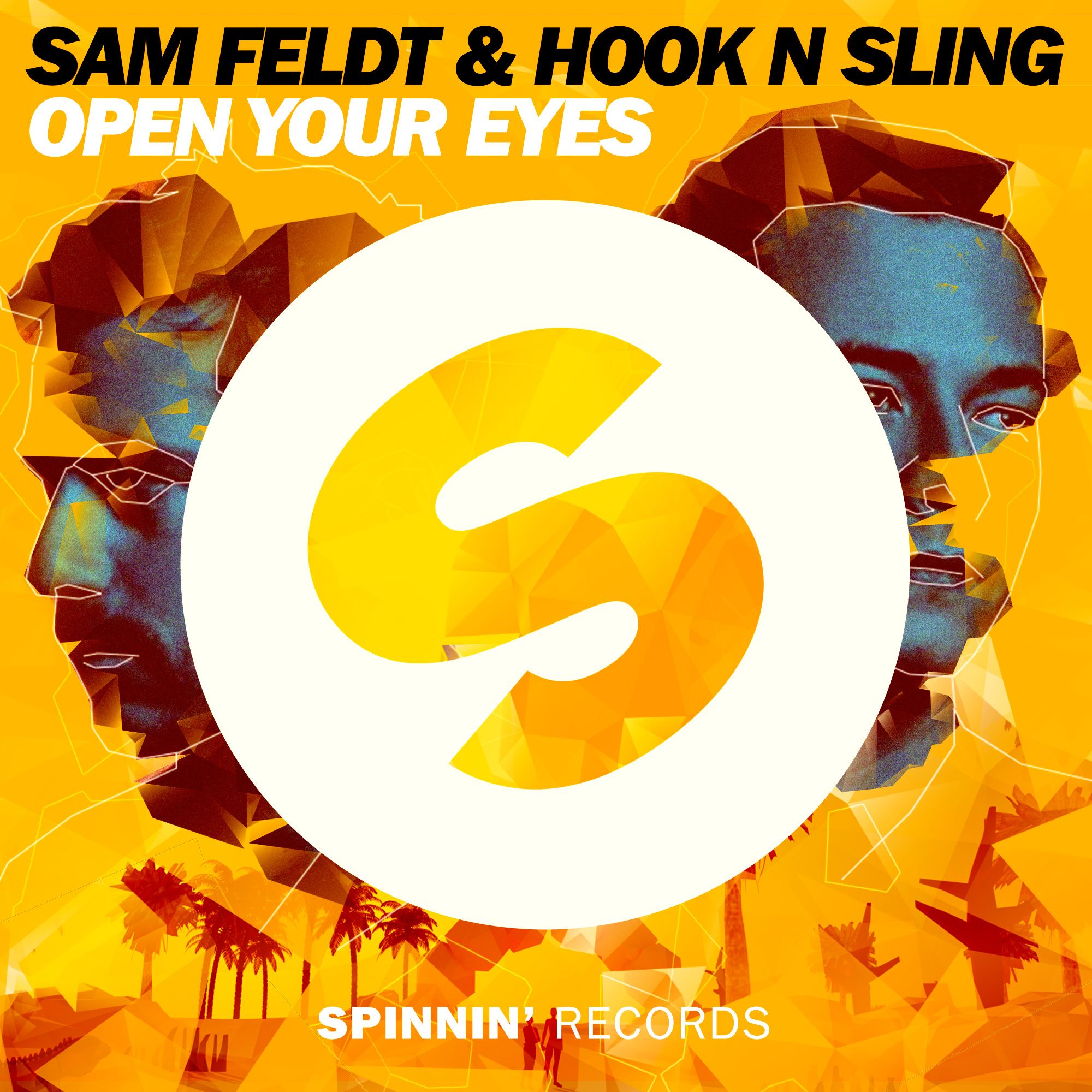 Platinum-selling artists Sam Feldt and Hook N Sling have joined forces to present their new single ‘Open Your Eyes’, released on 24th February via Spinnin’ Records.
‘Open Your Eyes’ begins with a soft guitar melody and rich male vocal, before striking synth hooks and a pulsating bassline come into the fore. A perfect fit for dancefloors and festivals alike, the crossover single is a vibrant display of the musical connection between Sam and Hook N Sling.

Sam Feldt has launched his 2017 in spectacular fashion. Winning the prestigious ‘Hit of The Year’ award for his platinum-selling single, ‘Summer On You’ with Lucas & Steve at this year’s Radio 100% NL Awards, it’s certain to say that the Dutch hitmaker will continue his incredible success into the year ahead. The platinum-selling hit followed Sam’s smart rework of Robin S’ ‘Show Me Love’. Released in 2015, Sam’s tropical twist entered the UK Official Singles Chart Top 5 and remained in the charts for 21 consecutive weeks. Elsewhere, ‘Show Me Love’ was a permanent fixture on the airwaves across Europe and has racked up over 73 million Spotify plays to date.

Anthony Maniscalco, better known as Hook N Sling, is coming off the back his massive single, ‘Love On Me’ in collaboration with Grammy nominated duo, Galantis. Since its release last year, the uptempo track peaked at #1 on Shazam and was included in the UK Official Chart Top 20 and has amassed over 100 million streams across all platforms, with over 80 million on Spotify alone. Hook N Sling developed his distinct house sound through several standout releases, notably his singles ‘Take You Higher’ feat. Goodwill, ‘Reason’ with Nervo and ‘Break Yourself’ feat. Pusha T & Far East Movement.

Sam will return to Miami Music Week next month, where he’ll host a special edition of his Heartfeldt Pool Party at Spinnin’ Hotel on Friday 24th March. The highly-anticipated event follows on from the successful, sold-out launch of his pool party series at Amsterdam Dance Event last year. The Dutch hitmaker will bring the finest dance music talent to play alongside him at the Spinnin’ Hotel. With early bird tickets already sold out, Sam’s Heartfeldt Pool Party is not one to miss.