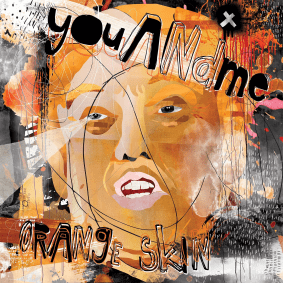 Audiojack’s Gruuv label returns early April with youANDme’s ‘Orange Skin’ EP, featuring one collaboration with Heidi and a remix from the label-founders themselves.

Germany’s Martin Müller aka youANDme has been a core part of the Berlin club scene and further afield for the past decade with material on the likes of Cocoon, Rekids, Pokerflat, Desolat and Ornaments amongst others as well as shows in every major city from Paris to London, New York to Amsterdam and of course on his home turf in Berlin.

Audiojack then round out the release with their stripped-back interpretation of ‘Common’ fuelled by the original’s choppy stab hits, murky bass tones and dry, crisp drums.