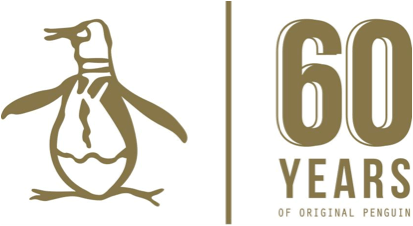 For over 60 years, Original Penguin’s distinct style and aura has been emblazoned on originators and pioneers that have helped shape the cultural landscape around them. Emanating from the banks of the Mississippi, Original Penguin has grown from a local success story to a globally defined landmark of individuality and is set to celebrate six decades with a unique birthday celebration this November.

Taking place at renowned London hot spot Dingwalls, this very special celebration will play host to an evening of trailblazers who have taken 2015 by storm.  Heading up the night will be international multi-platinum selling duo Sigma, fresh from a year that has seen them obliterate the UK dance scene with a succession of seismic club anthems and establishing them as the leading name at the biggest events on the electronic music scene. Prescribing heavy doses of bass at leading UK Festivals (Glastonbury, V Festival, Electric Daisy Carnival) and taking up residence at Ibiza’s biggest superclubs (Ibiza Rocks, Amnesia), Sigma stand as the definitive dance duo of 2015, capping off the year with their debut album Life set for release on 4 December on 3 Beat.  Having worked with vocalists such as Paloma Faith, Labrinth and Ella Henderson, Sigma have transcended club culture and exploded into the mainstream.

Sigma will be supported on the night by Croydon’s shaman of seduction Dornik, whose acclaimed debut LP has drawn strong comparisons with the works of icons such as Michael Jackson, Prince and D’Angelo. Dornik is an underground pioneer whose meticulously crafted electro soul and sumptuous, arty R n’ B has marked him out as a true shining light on the UK club scene and his eponymous debut album has received huge critical acclaim.

This very special show embodies Original Penguins quest to present true innovators in unique surroundings and intriguing contexts.  Despite their differing background and musical output the respect these artists have for each other and desire to share the same stage channels the spirit or the brands originality.

Tickets for the event will be available through an online competition, accessible at www.originalpenguin.co.uk, ensuring this exclusive and intimate celebration of Original Penguin’s continued influence will be one not to be missed.