Pacha Closing Parties – 40 Years of Stories Comes to an End 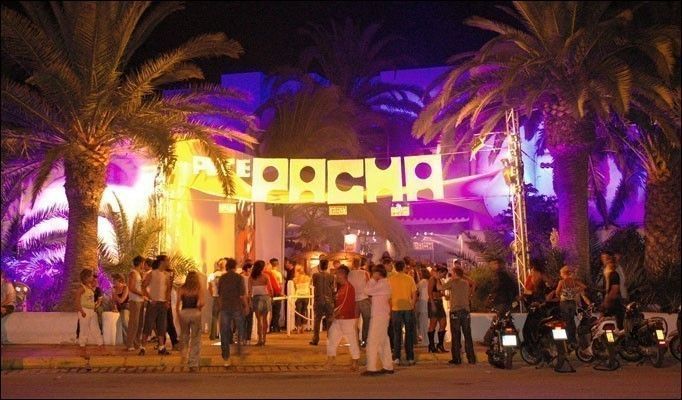 Pacha Closing Parties – 40 Years of Stories Comes to an End

2013 has been a standout year for Pacha Ibiza. The club took some brave decisions when programming the season’s line-ups and resident DJs, moving some of the nights back in a much more underground direction.  It was also the culmination of 40 years of stories and history for the club that has been leading the way for decades through many sonic evolutions and revolutions, but also in its own impressive style.

It turned out for 2013 that installing Solomun on Sunday’s with his own night was an inspired move, that John Digweed, H.O.S.H. and Fritz Kalkbrenner made excellent residents at Insane (a night that also pushed through new talent like Uner, Ejeca and Coyu) and that Guy Gerber’s Widsom of the Glove night brought plenty of magical wonderment and acts from the electronic vanguard (often for Pacha debuts including dOP, Four Tet and Nicolas Jaar) to the weekly proceedings.  On top of that there was also the regular appearances of special Chicago/San Francisco DJ trio Derrick Carter, DJ Sneak and Mark Farina, that really was something to behold.

Of course, untouchable regular nights like David Guetta’s F*ck Me I’m Famous, the essential Pure Pacha and Epica Ibiza also continued apace, with every night pulling in record crowds and causing plenty of excitement for the whole season. The list of DJs that has played the club this summer makes fine reading and many of them have never played the club before, with everyone from Sasha to DJ Koze, Showtek to Bingo Players, Pendulum to Junior Jack, DJ Hell to X-Press 2 and countless other stars from the worlds of deep house, dirty house, stadium sized house, techno and plenty in between.  It truly was a year of change and innovation.

But it must all end, and it does so with a week long run of seven parties, one from each of the club’s proud promotions. Fuck Me I’m Famous goes one last time on September 26th with a super star guest Chuckie and regular FMIF favorites Daddies Groove, Epica Ibiza close with Chuckie and Danny Howard amongst others on 30th September. Wisdom of the Glove brings their season to an end with Guy Gerber, Magda, dOP, Shaun Reeves, Bill Patrick, Thugfucker, Maayan Nidam. Then a special party on 3rd of October will be called Goodbye Summer/Hello Winter with superstar djs Martin Solveig and Fedde Le Grand taking over the room, before everyone goes Insane one last time on October 4th with residents plus another special b2b2b set from Derrick Carter, DJ Sneak & Mark Farina. Bob Sinclar, The Shapeshifters, John Jacobsen and more then host Pure Pacha on 5th October and Solomun invites his +1 guest, Rosin Murphy, who will be singing live with the man himself (who she has also been in the studio with) on 6th October.

These parties will be your last time to party in the perfect and hedonistic surrounds of the world famous Pacha Ibiza for 2013, so don’t miss out on the final chapter in what has been an incredible story.