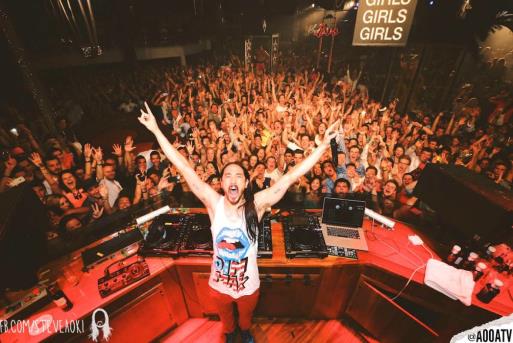 Pacha Ibiza have announced that globally renowned virtuoso DJ/producer Steve Aoki is to hold a remarkable 18-week residency this summer every wednesday, running from May 28th right the way through until September 24th.

Entitled ‘Aoki’s Playhouse’, Aoki is to headline 16 of the 18 dates himself, with soon-to-be announced special guests scheduled to fill in for him on June 25th and August 13th shows respectively. “It’s an amazing feeling to be part of the Pacha weekly crew”, says Aoki, “..roll on the summer and get ready to get messy.”

To be joined by a colossal array of headline artists each week, Aoki’s enigmatic brand of dance music is sure to cause mayhem on the island’s dance floors; revered for his exuberance and with a penchant for the unexpected, Pacha looks set for an unforgettable summer.

“We are over the moon with this signing”, says Pacha music director and talent booker Steve Hulme, “..if we were a football club it would feel like last season we bought Ronaldo in Solomon and this season we’ve bought Messi in Steve Aoki.”

Aoki’s first port of call as part of the Pacha Ibiza family will be at Miami’s Music Week, where he is set to play alongside fellow Summer 2014 artists like Deorro, Dim Mak label-mate Autoerotique, John Martin and Martin Solveig at the Pacha Ibiza Pool Party on Thursday March 27th at Delano.