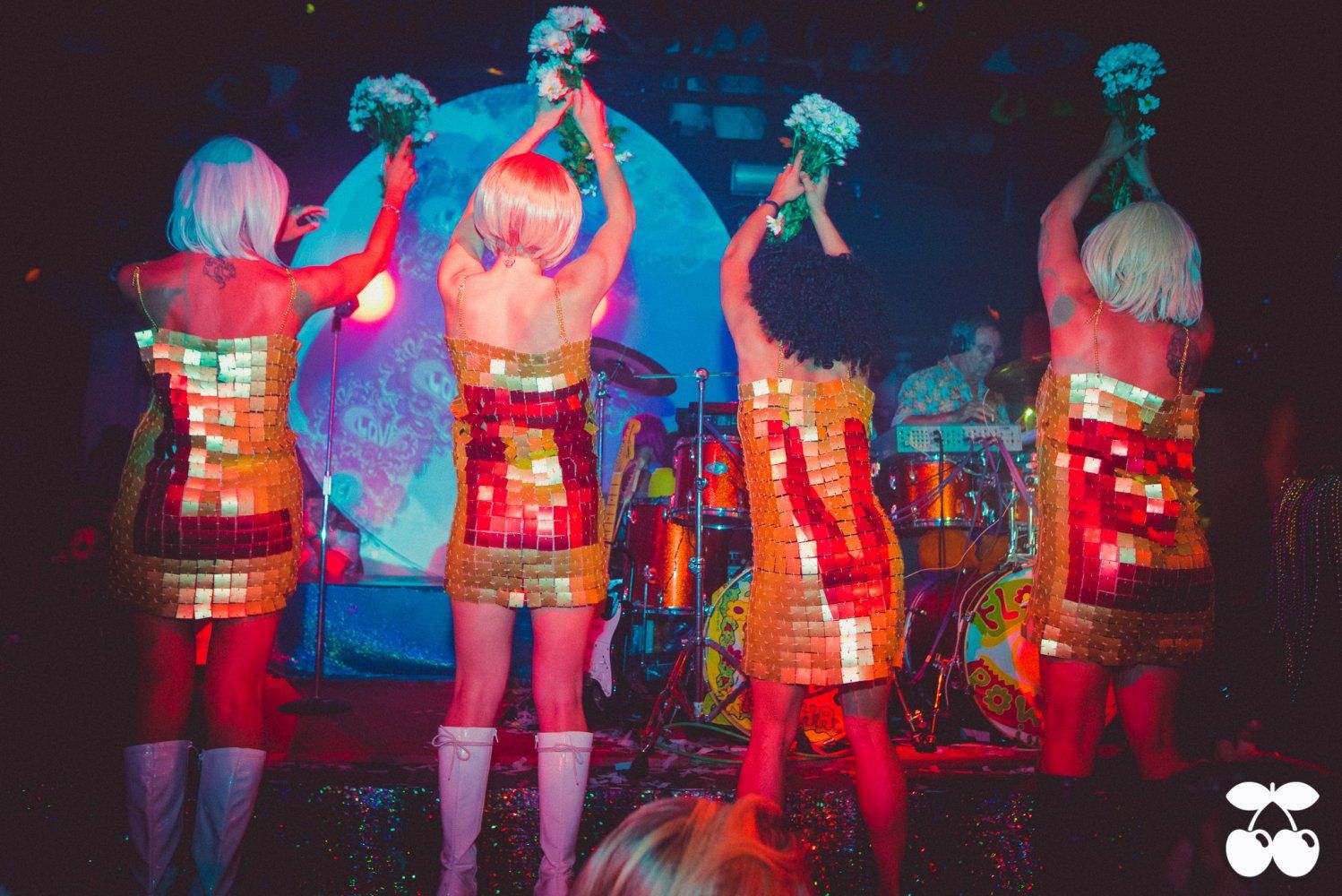 Showing everyone exactly how it’s done, Pacha Ibiza has thrown a week of huge opening parties to kick off their summer’ of star studded weekly residencies. Open 7 days a week, the longest running venue on the white isle has maintained its reputation as one of the leading clubs on the island and its clear to see why. Catering to every musical taste, no trip to Ibiza is complete without a trip to Pacha’s iconic dancefloor and the opening week’s festivities offer a tantalising glimpse of what they have in store for the long, hot summer ahead.

Saturday 20th May saw Roisin Murphy, Moodyman and Carl Craig flock to the island to spin the decks for the Aniversario Pacha. A packed dancefloor and wild night of partying was the perfect way to celebrate the club that has had residents and visitors of Ibiza dancing for fifty years.

On Thursday 24th May, a highlight of the IMS calendar each year, the annual IMS legend dinner was laid on this year in honour of Ricardo Urgell and his outstanding contribution as one of the pioneering names in electronic music. Having first founded Pacha as a small disco in Sitges in late 1967 alongside his brother Piti Urgell, the now world famous brand has expanded around the world, with the famous cherries taking residence in China, Australia, Macau and Germany as well as numerous Spanish regions and of course Ibiza, where it remains the one of the greatest superclubs on the isle.

On Friday May 26th, the doors of Pacha opened for the first official Labyrinth event of the season. The brand new concept spearheaded by Hot Since 82 will run for 21 weeks and see performances by Danny Tenaglia, Adam Beyer and Green Velvet to name a few. After months of preparation on the opening night everything came together in spectacular fashion. The decor of entwined green vines, tall stem plants and impressive head figures floating above the crowd, transforming the superclub into a true world of its own. Performances were provided by resident DJ La Fleur, Sasha, Maya Jane Coles and of course Hot Since 82 who capped the night off with a three-hour set filled with lengthy breakdowns, confetti cannons and prominent lasers.

It might be Paris By Night but when the club gets going it’s Ibiza in spirit and that’s exactly what happened on 27th May as Bob Sinclair took up his Saturday night residency once more. Pure Pacha devotee and frontman Sinclair was joined in the DJ booth by 2ManyDJs for a night of carefree and uplifting tunes, whilst revellers lost themselves in the sumptuous, sexy surroundings of the decadent club. The next month will see major appearances from Basement Jaxx, Daddy’s Groove, Felix Da Housecat and Todd Terry, with even more huge guests set to play over the summer.

Sunday 28th May saw the undisputed king of Sundays, Solomun return for a sublime summer of Sundays spend setting fire to the decks at Pacha. Now into his 5th season his +1 concept has become something of an institution and this year’s opening party was no exception, with the club already full to the brim of avid fans by 1am. With the DJ booth moved to the middle of the dancefloor for the Diynamic chief’s nice, the DJs and people were well and truly at one with the music, enthralled by Solomun’s magical soundscapes. Expect major sets from Damian Lazarus, DJ Hell, John Talabot and Dixon, all set to join Solomun over the coming months.

The following day – Monday 29th May – saw the return of the best conceptual party and longest running night in Ibiza, Flower Power. Harking back to what some may call Ibiza’s heyday, Flower Power has to be seen to be believed as Pacha came alive in a kaleidoscope of colour and amazing décor, effortlessly encapsulating the hedonistic spirit of the 60s.  Spreading nothing but peace and love to all those in attendance for an unbelievable 37 seasons, Flower Power is the original party for the island of dreams and freedom.

About as far removed from psychedelic pop parties as you can get, and proof of Pacha’s unparalleled diverse music policy, the next night saw tech heavyweight Maceo Plex bring back his much anticipated Mosiac concept. On Tuesday 30th May, Maceo was joined by Joy Orbison and a live performance from Agents of Time for a night of great music and phenomenal production. With the likes of Tale of Us, John Hopkins, Stephan Bodzin, Bicep, DJ Koze, Rødhåd, Carl Craig and more set to join him this summer, Mosiac is the place to be on Tuesdays.

Back to spread the word that ‘My House is your house’, Wednesday 31st May saw the wonderfully enigmatic French house don Martin Solveig come back even bigger and better than ever. Utilizing big video walls and crazy projections, with music from the main man himself as well as huge international stars such as MK, Dillon Francis, Boys Noize, Michael Calfan, Jax Jones, My House is a fun-packed night for all future house lovers.

One of the most renowned nights on the white isle, on Thursday 1st June dance music royalty David Guetta paved his triumphant return for F**K Me I’m Famous, unveiling an all new party concept for 2017 which will transform the club into an entire art facility each week. Featuring interactive art panels, motorised mirrored sculptures, fans will once more be flocking to the revered dancefloor to dance under its giant LED roof. Ensuring the club is packed to the rafters each week, David has called upon Robin Schulz as this year’s master of ceremonies along with a host of trailblazing talent such asAfrojack, Bakermat, Kungs, Jonas Blue, Oliver Heldens to name just a few.

A name synonymous with the island, this year will see Pacha Ibiza celebrate its 50th anniversary and they are pulling out all the stops to make sure it’s their best year yet. If you missed the opening week fear not because the iconic club has a summer schedule brimming with the biggest talent from across the dance music spectrum. Check out the full lineups for this week below.