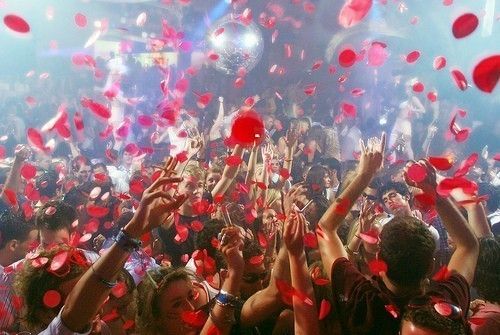 Pacha is organizing a huge New Year’s Eve party at Pacha Ibiza for December 31st, bringing in Lío’s Cabaret show and offering a special menu. The night will continue with DJs Riva Starr, Oriol Calvo, Victor Nebot and Sergio Mussa. The tickets for the party are available at http://bit.ly/pachanewyears , and if you wish to book a table for the New Year’s Eve dinner, please contact [email protected] or +34 971313600.

Off course there are parties scheduled every weekend of the month at the club, and Pacha’s Christmas Eve celebration will be a not to miss as usual. But do not focus only in Ibiza. The World Tour is going wild this month featuring parties from Hasselt in Belgium and Basel, Switzerland to Doha, Soul and Cape Town, including a special Brazilian tour that will stop by Manaus, Sao Louis and Fortaleza.

Nevertheless, if you won’t be near any of those places, you can always rely on the Pacha club nearest to you. Check the list of Franchise websites on Pacha.com or their Facebook pages for bookings and prizes.

Hoping to spend tons of great moments with you again this coming New Year!

Below you will find a list of the clubs that will feature a Pacha party this month:

31st of December- Melbourne, Australia
Trak Lounge Bar
Music by: Denzal Park, The Only, Danny Merx, Mark Pellegrini, Henrique Santos and many others

Pacha – the legendary club and global music brand – was born in 1967 with a club in Sitges and gained its great success with its club in Ibiza. Currently Pacha Group owns 20 nightclubs worldwide, including destinations in London, New York, Egypt, Morocco, UAE, Moscow, as well as incorporates other businesses such as the renowned record label, clothing line and hotel real estates. But this is only the beginning of Pacha’s international expansion. Now the “Cherries Brand” is read to bring the best clubbing experiences all around the globe.