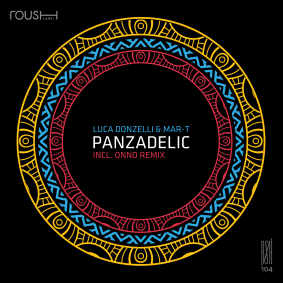 Amnesia royalty Mar-T partners up with Italian Luca Donzelli once again as the duo deliver their ‘Panzadelic’ EP on Roush, accompanied by a remix from Amsterdam’s Onno.

A resident at Amnesia since 1999, and the venues creative director, Wow! Recordings boss Mar-T has been a central figure within the islands ever increasing scene for over 20 years. With releases on the likes of Hot Creations, Cocoon and Moon Harbour to name just a few, the Barcelona born producer is undeniably one of the most influential names in the game, leading to many advocating him as one of the last ‘real DJs’ of Ibiza. Luca Donzelli is another artist with a rich history within the White Isle’s Amnesia venue, with regular appearances across the past three seasons whilst also gracing the decks at Ministry Of Sound (London), Space (Ibiza) and Razzmatazz (Barcelona). As regular collaborators, the duo have released material on the likes of Sanity, 8Bit, Mindshake and Do Not Sleep, and September will see them add Roush to this impressive and ever-growing list.