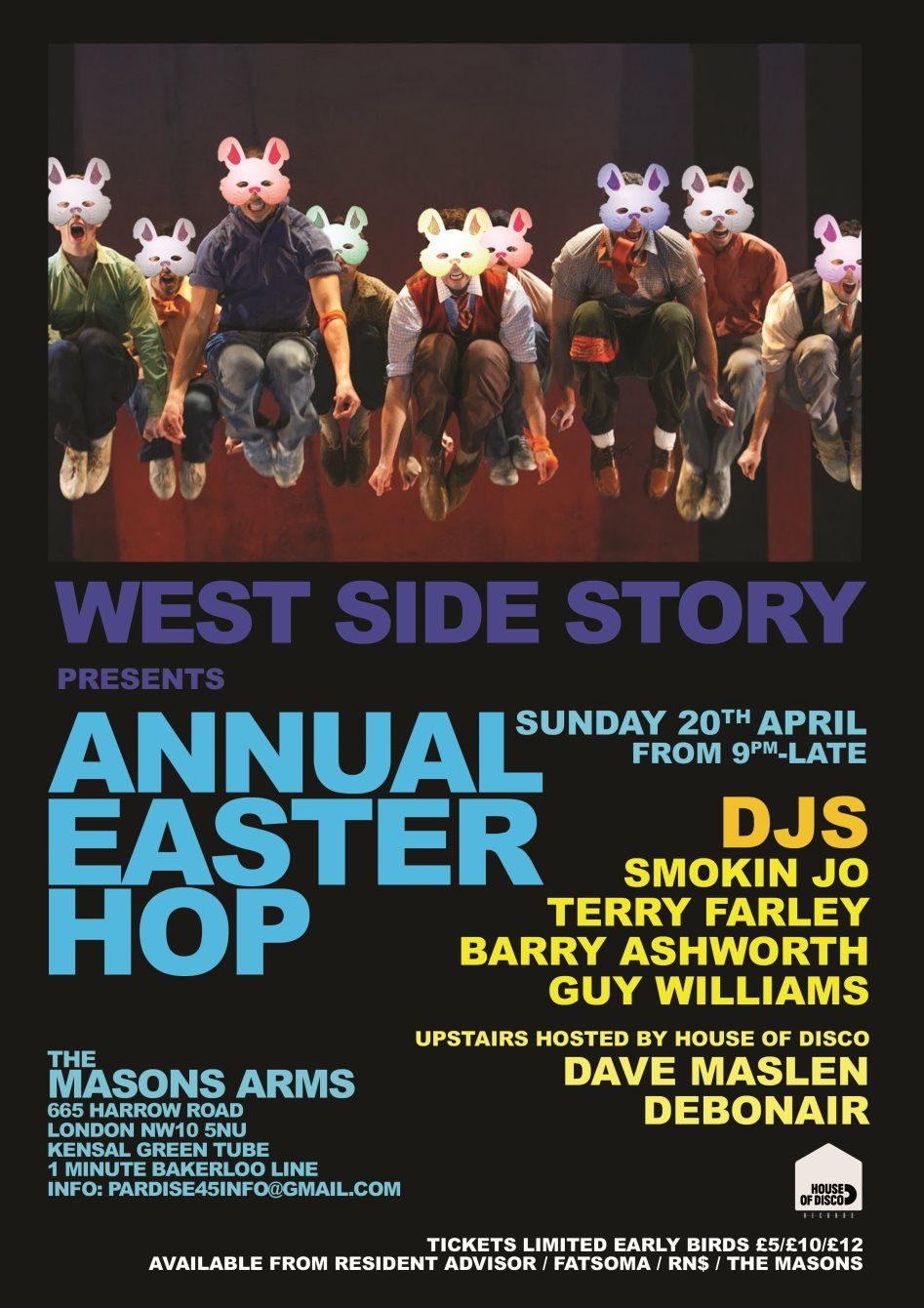 Gracing us for the first time at West Side Story is one of the busiest, down right slammin DJ’s Smokin Jo who will be joined by Terry Farley, the festival circuits busiest man Barry Ashworth and resident/promoter Guy Williams

and as if that isnt enough upstair we have the amazing House Of Disco crew hosting who are bringing along Dave Maslen and Debonair!!
check out their cool website here;