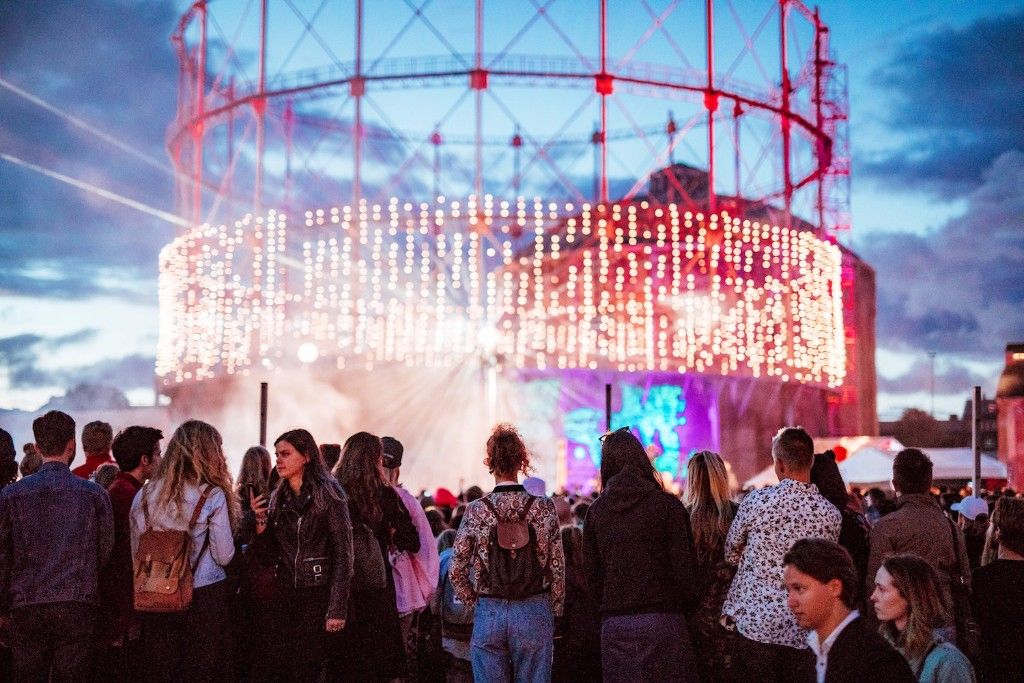 Flow Festival is known for its stellar electronic music offering, and this year the audience will enjoy it all at the Resident Advisor Front Yard, among  manyother venues. Come August, Sonja Moonear, Young Marco, Peggy Gou, Helena Hauff, The Egyptian Lover, Gerd Janson, Moodymann, Yaeji and many others will take to the stage at Flow.

Flow Festival debuted the very popular Resident Advisor Front Yard at last year's festival. This year the stage is back and the cooperation with Resident Advisor, the world's number one online media for electronic music, continues. The area's stripped down industrial atmosphere with its cargo container structures combined with a park-like greenery and gorgeous light design creates an amazing setting for enjoying the club sounds.

On Saturday, the Resident Advisor stage will be taken over by e.g. Helena Hauff, who reached the top spot on Crack Magazine's Top 50 DJ list, Detroit In Effect with his Miami bass, techno and hip hop inspired set, as well as Veronica Vasicka, who personifies Minimal Wave, the style and the record company. Saturday will also host American electro and hip hop pioneer The Egyptian Lover, one of the longest running residents in Hamburg's famous Golden Pudel club Phuong-Dan, and Zozo, who's been at the heart of Istanbul's nightlife since the late-90s.

On Sunday the audience will be treated to Gerd Janson, the dancefloor activist known as the man behind the Running Back label and for releasing the music Todd Terje among others, straight talking old school house/techno legend Moodymann, hyped American-Korean DJ newcomer Yaeji, industrial techno project Broken English Club, Romanian DJ duo Khidja, who study their home country's traditions in addition to engaging global exploration, and one of Great Britain's most sought after DJs Moxie.