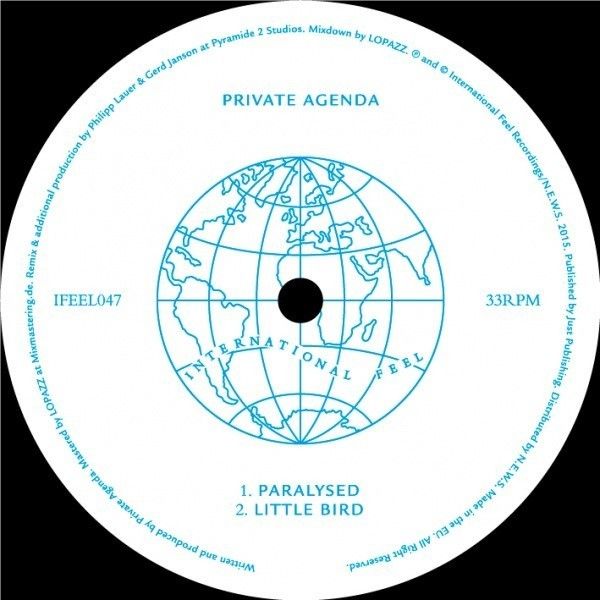 Having garnered considerable acclaim and support for ‘Déjà Vu’, Private Agenda could have been forgiven for repeating the formula; that clearly isn’t in their nature however, nor in the spirit of International Feel. If ‘Déjà vu’ was their ‘coming-of-age’ record; understated in its beauty, yet tentative, then ‘Paralysed’ is their ‘coming-out’ record, oozing in confidence and direction.

‘Little Bird’ sees Private Agenda slip into a different gear, providing an epic soundtrack to summer sunsets the world over. If you like your Balearic Beat breezy and carefree, then there’s plenty to love here (plus a euphoric sax moment to boot).