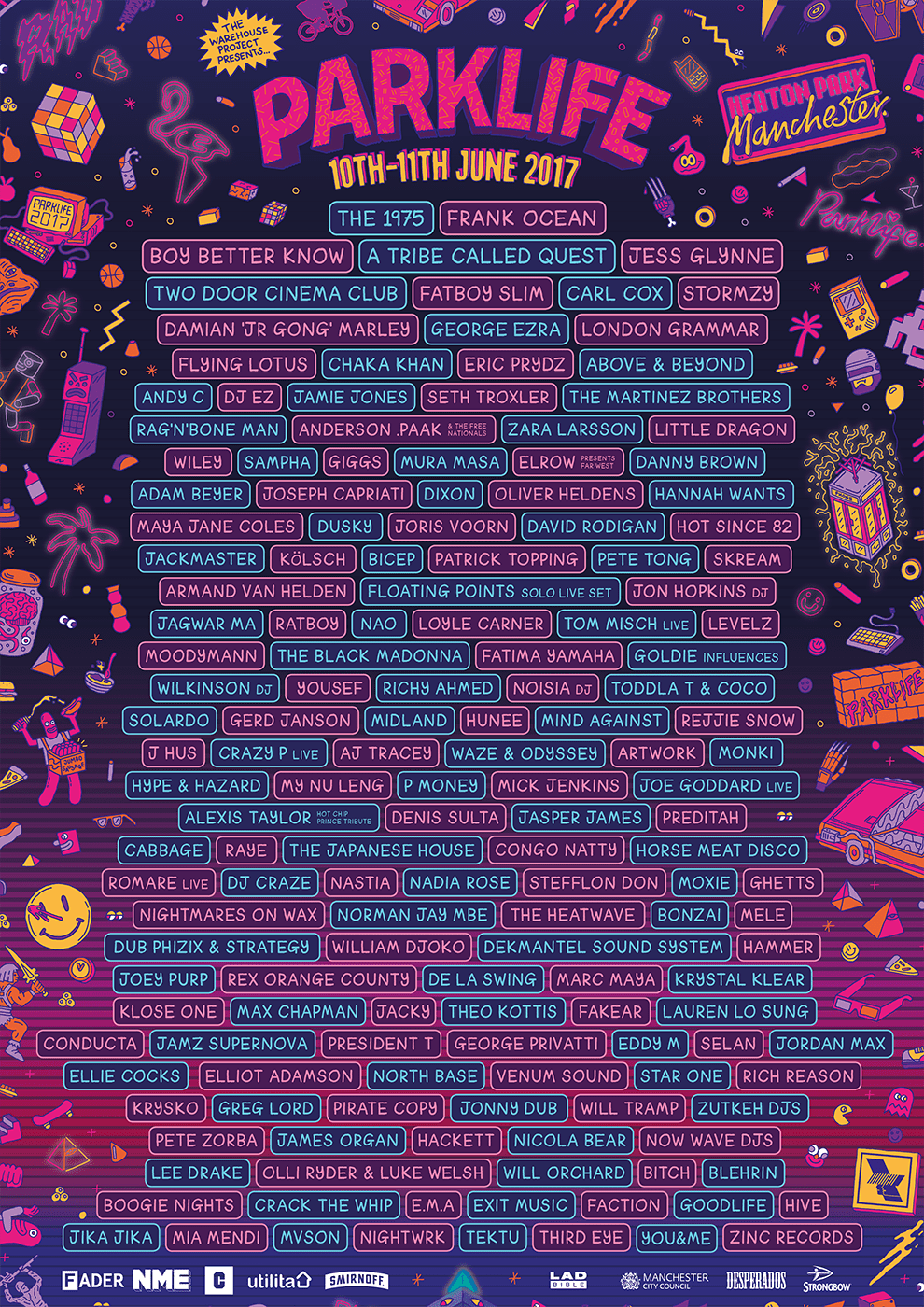 With just under 2 and a half months to go, Manchester’s leading music festival Parklife has now completed its 2017 line-up. Presenting a star-studded selection of artists that include headliners Frank Ocean, Boy Better Know and The 1975, Parklife’s final additions see hotly-tipped singer-songwriter Raye join the bill, plus Grime veteran Ghetts who is currently celebrating the 10th anniversary of his seminal “Ghetto Gospel” mixtape.

A reflection of Parklife’s genre-spanning music offering which explores pop, hip-hop, grime, dance and indie, the final names signal what’s set to be the biggest and most diverse year to date. Taking place at Manchester’s Heaton Park on 10th and 11th June, Saturday general admission tickets for this year’s festival are now sold out with a very limited amount of Sunday and weekend tickets still available – all of which are expected to sell-out very soon.