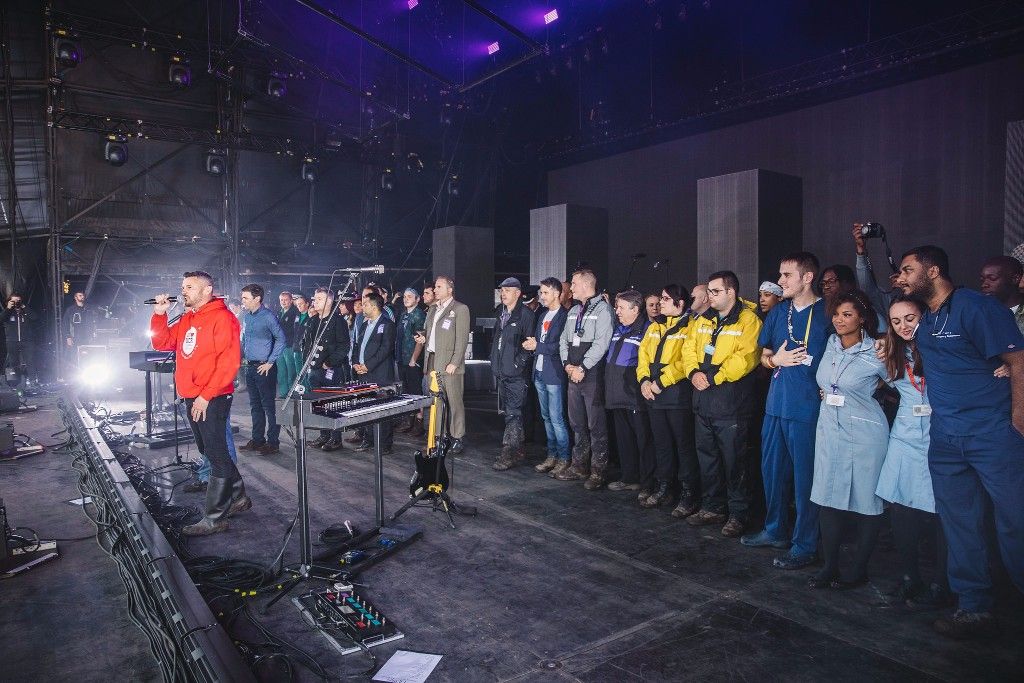 As Parklife Festival prepared to welcome The 1975 to Saturday’s main stage, screens were lit up with ‘We Stand Together’ in a touching tribute to last month’s attack at the MEN arena. Messages of love from artists playing across the weekend were shown on screens, including Carl Cox and Goldie. Bernard Sumner also featured. Festival directors Sacha Lord and Jon Drape then led out a unified collective of those that were integral in helping the victims; including paramedics, fire services, nurses and members of The Greater Manchester Police. Manchester City Councillor Pat Karney started the 15 minute tribute, alongside Carl Austin-Behan who expressed his love for the city and those affected by the incident as well as a tribute from Andy Burnham that resulted in the crowd chanting “Manchester! Manchester!”.Matt Healy of The 1975 was then welcomed to the stage, urging the crowd to host a ‘minute of noise’ rather than silence.

Carl Austin-Behan expressed his love for those involved:

“All of these people have helped the victims in the arena. The police protected us, the fire services protected us, the paramedics protected us. Let’s have a big round of applause…I want to thank all those people, from the hotels, to the taxi companies, the people on twitter, on Facebook, on social media, they opened their doors”

“The fact that we’re so unique, so inclusive, so diverse, and that is what Manchester is all about”