Manufactured Superstars - Party All The Time 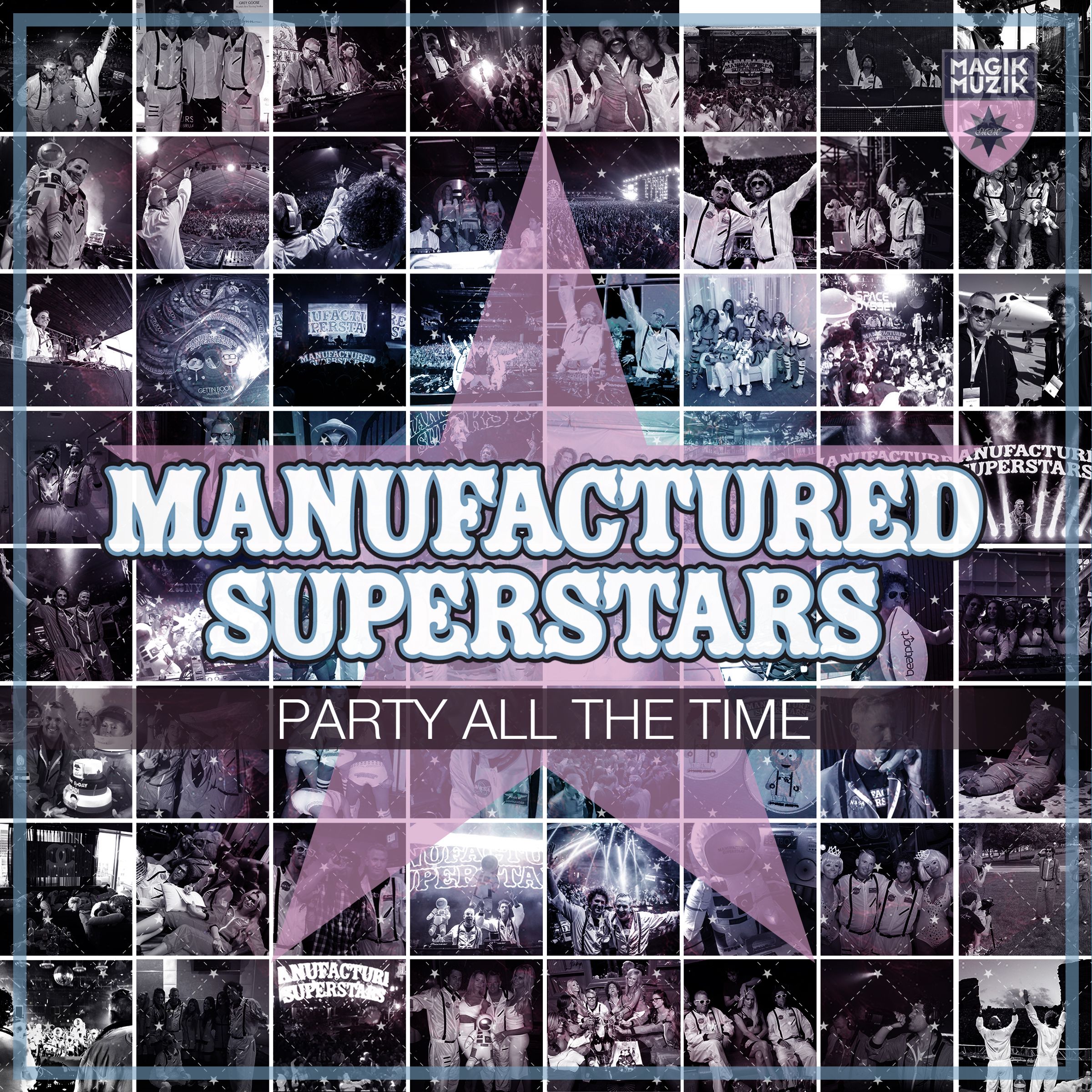 Manufactured Superstars - Party All The Time

After an already illustrious career, one of dance music’s most multifaceted duos Manufactured Superstars will finally unveil their debut full length album Party All The Time on December 4 via Black Hole Recordings.

The sixteen-track selection includes previously-released hits like “Magnetic” off their #1 EP on iTunes Dance, “Like Satellites” which topped Billboard’s Dance chart for 20+ weeks and a disco version of “Take Me Over.” The LP also boasts a bevy of new tunes such as “Great Escape (featuring Danni Rouge),” “Lift Off (feat. Fingazz),” “Carry You Home (feat. Iossa),” “Party All The Time (feat. Megan Perry),” and their latest smash collaboration “Let Me Be Your Fantasy” with Natalie Peris and Inpetto which covers the famous 90’s record by Baby D.

The duo has spent two years perfecting their debut LP, splitting their time between producing and touring with an average of 150 tour dates per year. Party All The Time is defined by its saccharine synth-work and soaring, emotive vocals, displaying Manufactured Superstars’ house-driven wheelhouse and dedication to their core philosophy of having as much fun as possible with their music.

The party-starting pair is known for their signature NASA spacesuit costumes and spinning uptempo, genre-bending sets that undulate spontaneously, often times doling out upwards of 100 tracks in the span of a two-hour performance. Having taken center stage at festivals the world over including Ultra Music Festival, Electric Daisy Carnival and Global Dance Festival to name a few, Manufactured Superstars are heralded as stadium-smashers who ignite dancefloors wherever they go.

Outside of their music-making career, the masterminds behind Manufactured Superstars are shrewd businessmen. Bradley Roulier and Shawn Sabo were integral in founding online music distribution network Beatport back in 2004 as an alternative to iTunes that specialized in electronic music and culture, and in 2013 sold their shares to SFX. Bradley is also the owner of Denver’s Beta Nightclub which was named the #1 club in America by Rolling Stone in 2013.

Manufactured Superstars are available for interviews