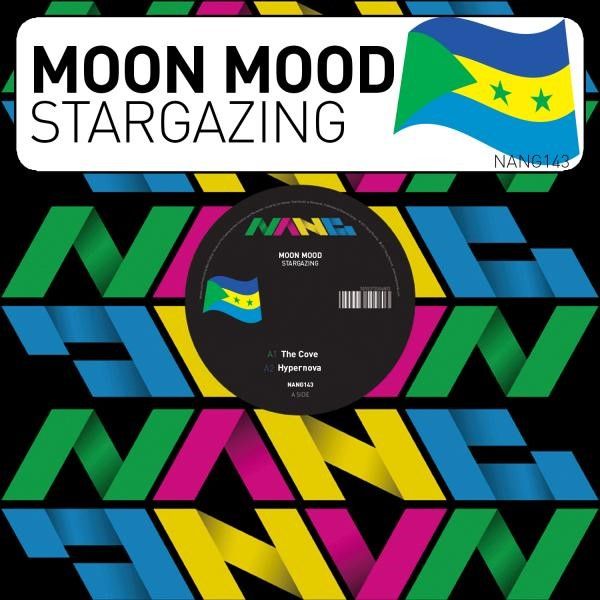 Moon Mood is a new superhot producer from Belarus called Alexey Vorobyov. He is currently honing his audio skills studying sound engineering in Barcelona. Here at Nang we featured his amazing “Stargazing” track on our recent Array compilation. The response was so positive we just had to go back for more.

“Stargazing” is a ethereal, floaty slice of synth laden disco-tronica. One of those tracks that grabs you on first listen. It darts around, it glides, it’s a gem. Definitely one of those tracks that oozes the Nang sound. Next on this EP is the “The Cove”. This track is an angular slice of synth funk disco. Add in the arpegiating arps and dreamy pads and you get the full picture. “Hypernova” takes a slight 80’s detour. It could well be a soundtrack to an American Reportage movie from 1985. The opening credits or the “getting ready” or the “in the car, cruising” scene. Big synths, clappy drums. We love 80’s.

Next its onto the Remixes… this is a Nang release after all. First up we head off to Switzerland for another hook up with long term Nang buddy “Pharoah Black Magic”. They take things on a dance floor rework. Its big on the 808 and the stabby house basslines. To round things off we head off to the Disco Volante head honchos and their production guise of Industrial Disco Workers. The bring a slice of italo to proceedings, a real treat.