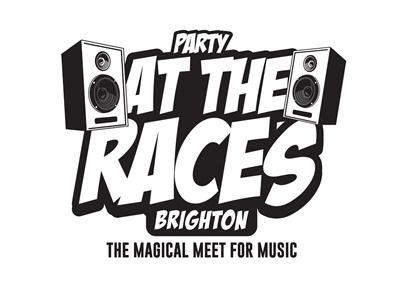 Organisers of the UK’s newest boutique music event, Party At The Races, are thrilled to announce that over 25 DJs and live acts will join the lineup at the debut event on Saturday 1 October at Brighton Racecourse. It also brings iconic superclub, Space Ibiza, to the event as part of the club’s farewell tour. Joining the formerly announced Main Stage headliners, Basement Jaxx, is the multi-instrumentalist Youngr, electronic trio Felon, mysterious house-duo Camelphat, long-time Connected residents Jesse James & Johnny Bloomfield, floor-fillers Soul Avengerz and many more.

Party At The Races also announces a handpicked number of trusted brands to host other stages at the event including Café Mambo, Connected, andBrighton Source, who’ll fly the flag for Brighton’s breaking live acts.

‘Party At The Races’ is a music event with a difference. From 1pm – 3am it offers a mix of day-time dancing and night-time clubbing, across 3 stages plus a fourth VIP stage. Combine its exceptional location, with views across Brighton city and coastline, a carnival of dance and live music, entertainment including virtual horse racing, and you have a certified, magical day out.

Leading the latest announcements on the outdoor Main Stage is the super-talented Youngr. The young Londoner has just dropped his debut single ‘Out Of My System’ after making a name for himself with his one-take live performance videos of bootlegs of artists like Pharrell Williams. Incorporating drums, guitars, keyboards and vocals into his performances, he is a 21st century ‘one-man-band’ not to be missed.

Joining Youngr on the Main Stage is modern day disco trio, Felon, comprising of London residents, Archie Ward, George Renwick and James Levey. Together they were responsible for ‘Isla’, Fat! Records’ biggest selling track on Beatport, and have gone on to sign to Ultra Records as well as to headline the Groove Garden Stage at Standon Calling – expect electronic musical bliss from them at Party At The Races.

On the Underground Grandstand Stage at Party At The Races, revellers can – by day – get moving to the sounds of the underground from long-running London clubnight, Connected.  Over its 10 year reign in the capital, Connected have thrown sell-out parties everywhere from Ministry, Cable and Cargo, to further afield in Liverpool, Manchester and Brighton. It brings its trusted residents to Party At The Races to provide an array of cutting-edge tunes – Jesse James & Johnny Bloomfield, Ross McCormack, Lee Garrett, Vague Recollection to name only a few.

When the sun sets over the Brighton Racecourse, the Underground Grandstand Stage will be handed over to one of Ibiza’s most legendary venues, Space Ibiza, for what will be an unforgettable night. After 27 years of legendary parties – most notably its flagship event, We Love Sundays; Space Ibiza closes its doors this summer. Its arrival at Party At The Races marks the final date on its international farewell tour, just one day before it’s official closing party in Ibiza, so this is going to be a night to remember. To Party At The Races Space brings its unique Ibiza magic, avant-garde dancers, and smoke cannons, creating the rare vibe that only Space is capable of.

On the stage, high quality house in varied style comes from Camelphat, and whilst not much is known about the duo’s identity, what is certain is their fine tune selection and solid production, supported by heavyweights Pete Tong, Carl Cox, Gorgon City, Solomun, MK, and Annie Mac. Joining them are production royalty, Rhythm Masters, made up of DJs Robert Chetcuti and Steve Mac, who’ve reworked the best in the business, including the likes of Michael Jackson, Todd Terry and David Morales. Also playing the Space Ibiza stage are Brighton home-grown talents, Prok & Fitch, known for their killer tech-house releases on labels such as Roger Sanchez’s Stealth, and Wax Worx, whose expert skills have seen him remix for none other than Claude Von Stroke and garner support from Eats Everything.

Party At The Races is also delighted to announce that Brighton Source will host the ‘Best of Brighton’ stage, showcasing the hottest emerging live talent. The first announcements for this stage include ‘MTV Brand New Unsigned Winners 2015’ Of Empires, rock and rollers Mantras, described by Eddie Tepple Morris as ‘magnificent live’, and Kudu Blue whose latest release ‘Call Out’ has just hit 50,000 plays on Spotify. As a trusted source representing all things credible in Brighton’s music and culture scene, Brighton Source is the perfect partner to take the reins on the outdoor live music stage.

A day at the races would not be complete without some top notch VIP options. VIP ticket holders can watch as the action unfolds, with a raised stage area, right next to the Main Stage from the Jockey Club hosted by Café Mambo, owners of arguably the best place to catch Ibiza’s famous sunset on sunset strip. By day, hit machine Soul Avengerz will headline, known for his peak time floor fillers, ‘One Love’ and ‘Love You Feel’, heard on dancefloors the world over.Also, expect the coolest tropical house from many of the island’s resident DJs, including Scott Giles and Chris Wright, both famed for their residencies on the world’s biggest boat party, Pukka Up Ibiza.

And by night, a deeper house groove is served up by Café Mambo main player and headline DJ, Ridney, a man who has honed his skills over the years creating that special atmosphere on Ibiza’s sunset strip. And nu-disco and deep house comes from Henri, famed for her sets at the exclusive Blue Marlin Beach Club and her Hype Machine #2 remix of Flight Facilities' 'Two Bodies’.

In the Café Mambo Jockey Club VIP guests can sip on award-winning cocktails from the private VIP bar complete with TV screens to keep an eye on the party, and capture the moment forever in the special ‘photo finish’ photobooths.

‘Party At The Races’ takes the VIP experience one step further with a ‘Party In A Box’. In addition to all the existing perks this adds an Access All Areas passand a Private Executive Box for up to 20 people, all day and all night! This is another different party experience from ‘Party At The Races’, allowing VIP guests to soak up amazing views of the event and right across the city to the sparkling seafront, while enjoying a private bar area and hostess service.

The demand for ‘Party At The Races’ has been off the scale, with first and second-release standard and VIP tickets already selling out. To guarantee your place at this much anticipated event, head to the website and grab your ticket now, from £25+bf (standard) or £37.50+bf (VIP) www.partyattheraces.com

Party-goers are invited to dress up for Party At The Races, or show off the best and brightest jockey outfits, ready to enjoy virtual horse racing,  projected onto the big screens outside, and inside on the Grandstand TVs. Guests can feel the excitement of a day at the races with a twist as horses will be named after artists performing on the night!

Alongside the mix of thundering hooves and booming basslines, visitors can also check out a vintage funfair, a range of gourmet food stalls, cocktail barsand mind-blowing, state of the art production across the various stages.

‘Party At The Races’ will offer free car parking and a free bus service from Brighton train station for the 5 minute journey to the racecourse.

‘Party At The Races’ is the last chance to party for the summer and is set to become one of the most talked about dance music events of the year. With more acts to be announced, follow Party At The Races on Facebook for all the latest news and updates www.facebook.com/partyattheraces