Amine Edge & DANCE - Past Before Future 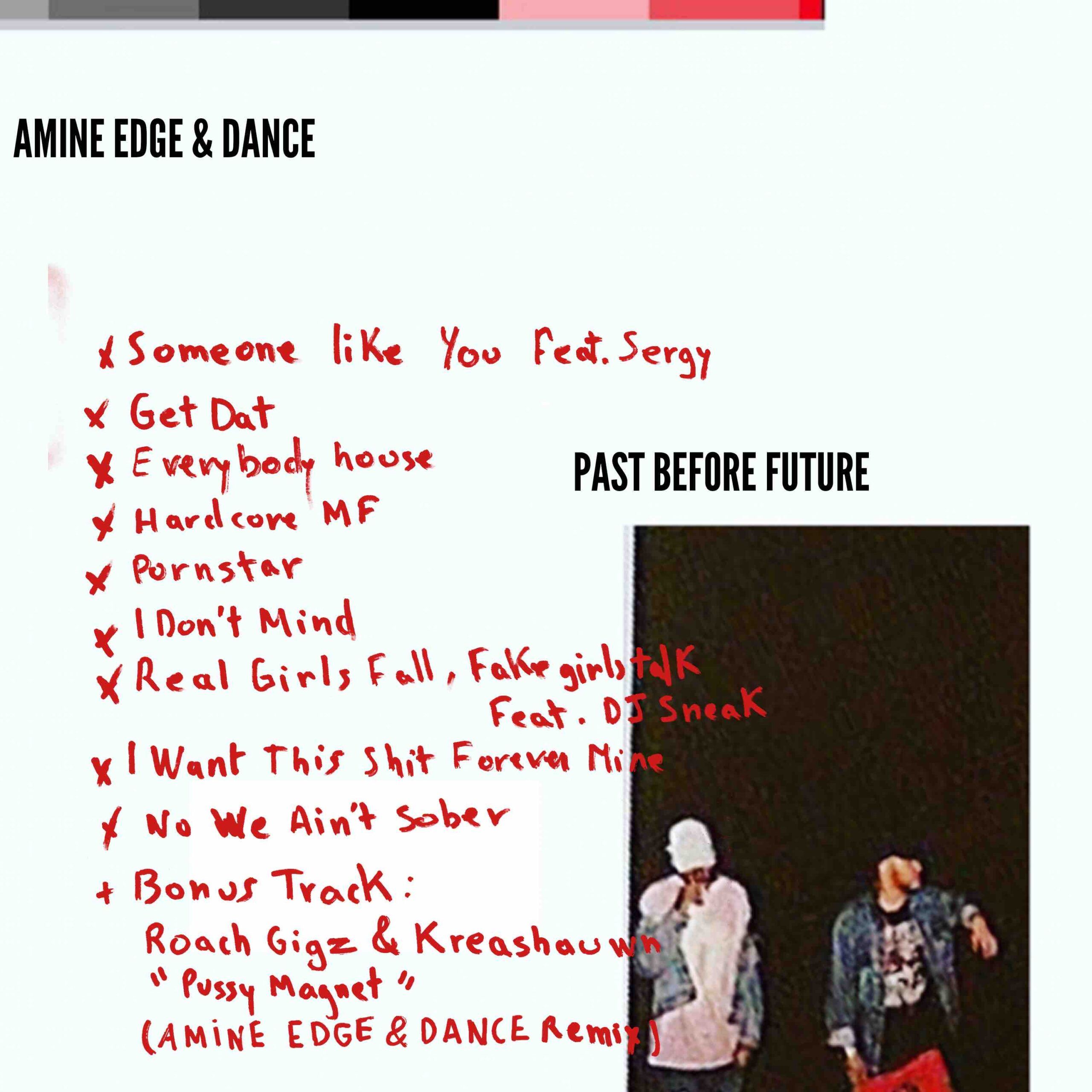 Amine Edge & DANCE - Past Before Future

Amine Edge & DANCE have had quite a start to 2016, with marquee live sets at Coachella, Amnesia & Cream in Ibiza, while heavily supporting their collective Cuff with showcases around the world. The French duo want to thank their fans for the support with an album Past Before Future which they will be releasing for free in August.

Using their dynamic mesh of hip-hop inspired house, with a touch of Washington soul, Amine Edge & DANCE have created a collection of 10 unreleased singles and remixes from some of their favourite artists, including Drake and Kreayshawn. The lead single “Real Girls Fall Fake Girls Talk” which they wrote with the House music pioneer, DJ Sneak, is an up-tempo house track with ghetto attitude and is a taste of the infectious tracks that the duo are set to release.

Amine Edge & DANCE have proven to be trailblazers when it comes to bringing the hood to the club. Their trademark sound of Hip-Hop house music has earned them fans worldwide, with tracks such as "Going To Heaven With Goodie Goodies", "Bitches in The Project" and "Halfway Crooks" hitting the top of the Beatport charts.

In 2014 Amine Edge & DANCE decided to leave an even bigger impact on the electronic dance scene and launched their very own label, CUFF, as a home for relentless artists who aren't afraid to take risks.  CUFF as a cool collective continues to go from strength to strength and

With a gruelling tour around the world and countless releases, 2015 marked a seminal year for Amine Edge & DANCE. Not only did they perform jam-packed sets in over 100 venues, but their production talents were showcased on a handful of popular reworks including Chelley's 'Took The Night', and Michael Calfan's 'Treasured Soul'.  2016 is already looking bigger and better for the men from Marseilles.