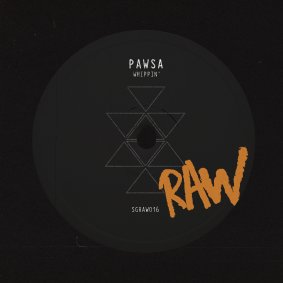 Having surged from the burgeoning house and techno scene over recent years, PAWSA’s unique blend of inventive tech house has established him as one of the scene’s most exciting talents. With stand-out releases to date via the likes of AVOTRE, Gruuv and of course on home turf with Solid Grooves, not to mention a string of monthly releases via his own vinyl and digital outlet PAWZ leading to his first Beatport #1 in late 2017, here we see the London based talent return to grace sister-imprint Solid Grooves Raw for the second time as he delivers his latest single ‘Whippin’.

Employing his signature combination of rugged drums and skipping hats, ‘Whippin’ soon introduces a combination of infectious early 80’s vocal samples and bumping bass licks to reveal a cut that looks set to become a favourite of many in the months ahead – don’t sleep on this one.