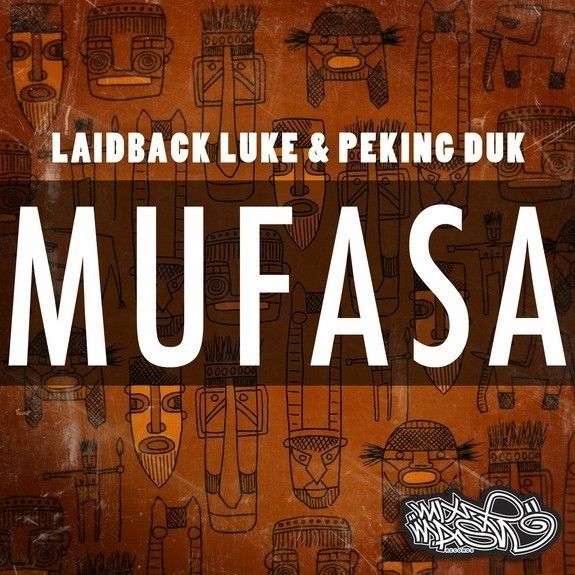 Australian DJ and production duo, and latest addition to the Get In! roster, Peking Duk have joined forces with electronic dance luminary Laidback Luke to bring fans an explosive end of year treat in the form of the dramatic electro house anthem ‘Mufasa’ – out now via Mixmash.

Perfectly encapsulating the essence of Laidback Luke’s Dutch house sound whilst throwing in Peking Duk’s unique flavour into the mix, ‘Mufasa’ is a high-octane aural feast full of big bass, bouncing synths and dirty drops. Proving to be a lethal combination, the tasty trio create an ethereal vibe to take this electro house beast to new heights; lacing tribal inspired chants alongside a hypnotic marching beat that will have fans stomping their way into the New Year.

Named No.5 DJ by In The Mix during their awards earlier this year Adam Hyde and Reuben Styles-Richards – aka Peking Duk – have been dominating the airwaves with a constant stream of mammoth productions. Propelling themselves into the spotlight with their take on Passion Pit’s ‘Take A Walk’, the pair unleashed the smash hits ‘The Way You Are’ and ‘Feels Like’ which both held the No.1 spot on the ARIA Club Charts for a staggering six and eight weeks respectively. ‘You Are Like Nobody Else’ and ‘I Love To Rap’ both also received rapturous response and similar success in the ARIA charts, with the latter placing them on the radar of dance music veteran Tiesto.

Taking time out from the studio, the diverse duo have built up legions of fans playing to crowds at Parklife, Foreshore and Stereosonic – to name a few – as well support for household names The Bloody Beetroots and Example. Now, with the epic ‘Mufasa’ creating waves with talent and tastemakers alike, as well as joining the line-up for The Big Day Out next month, it’s safe to say that Peking Duk have only given us a taste of what they have in store for 2014.