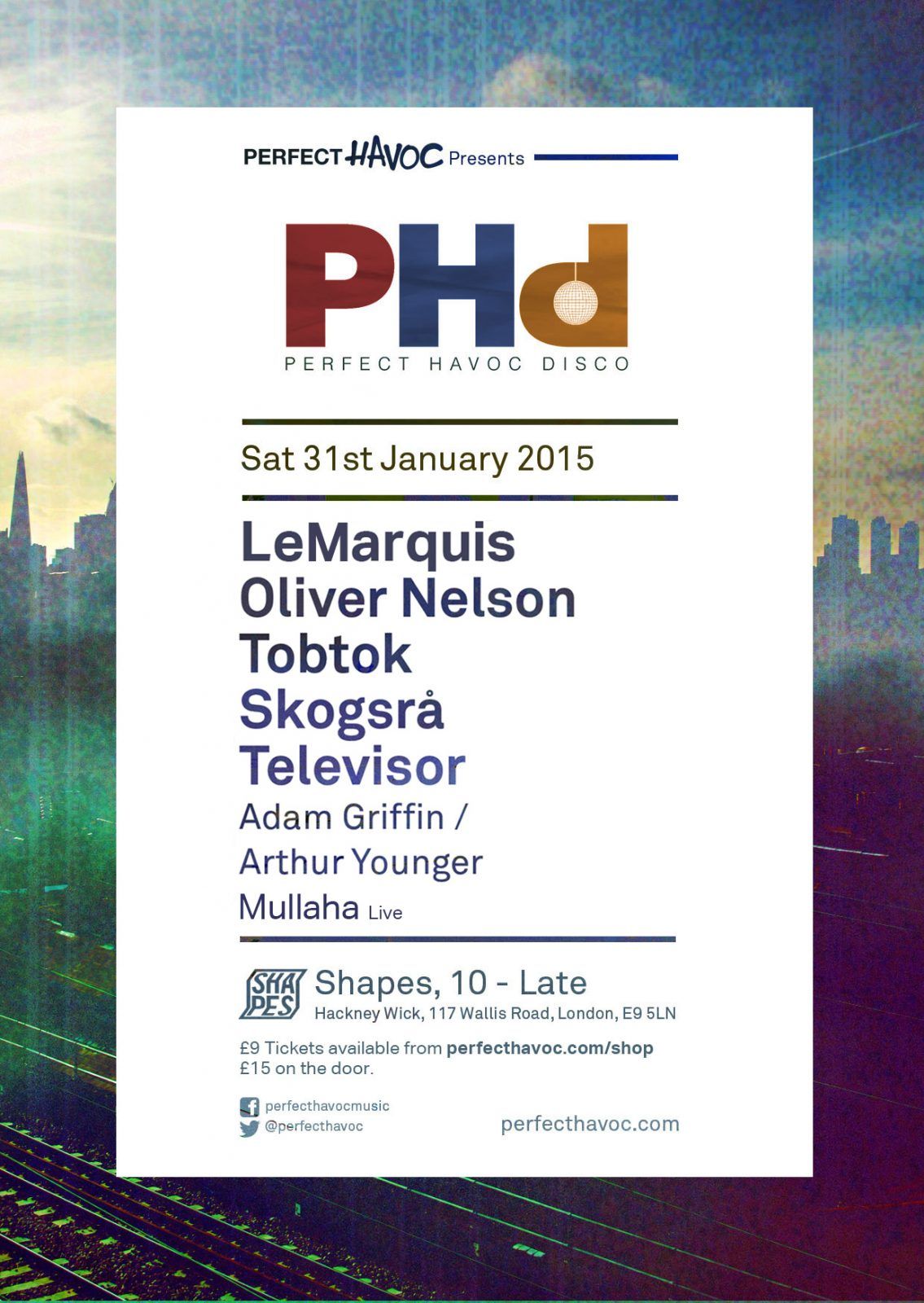 Perfect Havoc Disco (Phd) have revealed the headline act for their showcase party on 31 January at Shapes warehouse in Hackney Wick. French Nu-Disco maestro LeMarquis, joins a rare line up of genuine breakthrough talent, including Oliver Nelson, Tobtok, Skogsrå and Televisor. Also added to the lineup is a live performance from exciting young London act, Mullaha.

LeMarquis is one of France’s rising stars. The 21 year old is already making waves with his stylish mix of nu-disco and house with a touch of R ‘n’ B. His series of unofficial remixes have gathered huge plays on SoundCloud, with official remixes of Years & Years ‘Real’ and Signatvre ‘Whisperer’ also getting big support. As a DJ he’s proven his mettle at the prestigious Social Club in Paris as well as touring with Kitsuné. This is a rare chance to catch him in London as he continues his meteoric rise.

LeMarquis joins four of electronic music’s youngest and most exciting new artists – welcome to the stage, Oliver Nelson, Tobtok, Skogsrå and Televisor. These artists have been cherry picked by the management agency Perfect Havoc and have created nothing short of a tidal wave in House and Nu Disco productions of late. From remix credits including The Magician, Route 94, Icona Pop and Ella Henderson; support from leading dance music magazines to multiple spins on Radio 1’s biggest dance shows, the Perfect Havoc artists are causing a stir, and they’ll be showing why at the January event.

Perfect Havoc Disco also sees DJ sets from label boss and ex-Sony Music marketer, Adam Griffin; another bright talent tipped by Perfect Havoc for success, Arthur Younger, plus a live set from Mullaha another name you’re going to be hearing a lot more from in 2015.

Check out Adam Griffin’s DJ mix from the last PHd party – now clocking an impressive near 50,000 Soundcloud plays – for a flavour of what’s in store

Tickets http://www.perfecthavoc.com/shop/
Advanced: £9
On the door: £15