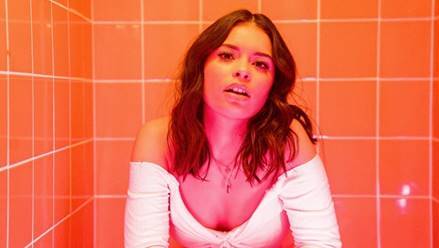 To celebrate the release of ‘Yellow’ by the Swedish duo Oliver Nelson & Tobtok, the Hoxton-based label Perfect Havoc is inviting producers from around the world to remix this feelgood, summertime record where a number of prizes are up for grabs. The lucky winner will receive a cash prize of £150 and an official release of their remix via Perfect Havoc and Neon Records (Australia / New Zealand).Social media support will come from the hot young Swede Oliver Nelson and via the Perfect Havoc label networks, exposing the track to over 82,000 fans across Facebook, Instagram and Twitter, plus the winning track will be uploaded to Oliver Nelson’s Soundcloud page with 117,000 followers. This is a fantastic opportunity for budding producers everywhere to get their work released and recognised on a global scale. Head to Wavo for full details http://bit.ly/Yellow-Wavo.

‘Yellow’, which features the British singer / songwriter Liv Dawson, landed on Perfect Havoc 22nd February. It follows a string of hit productions from Oliver Nelson and Tobtok, including remixes for the likes of Albin Lee Meldau, Lemaitre, and Frank Walker, as well as recent collaborations on ‘99 Red Balloons’ and ‘Jealous’. Yellow is already shaping up to be a favourite this Spring having been added toSpotify's New Music Friday playlists in the UK, Sweden, Australia/NZ and Best of The World, and also to the vast ‘Brand New UK’ playlist from Deezer with a huge 5.9million fans.

To take part in the remix competition, producers are invited to download the stems from the contest page on Wavo where they have until 30th March 2019 to enter. Entrants are encouraged to get their work to the top of the Wavo chart to increase exposure and consideration of their remix, but the winner will ultimately be chosen by a judging panel made up of label managers at Perfect Havoc and the track’s original producers, Oliver Nelson and Tobtok. The judges are looking for a combination of votes, creativity and quality, regardless of chart rankings. Full entry details can be found on the competition page http://bit.ly/Yellow-Wavo.