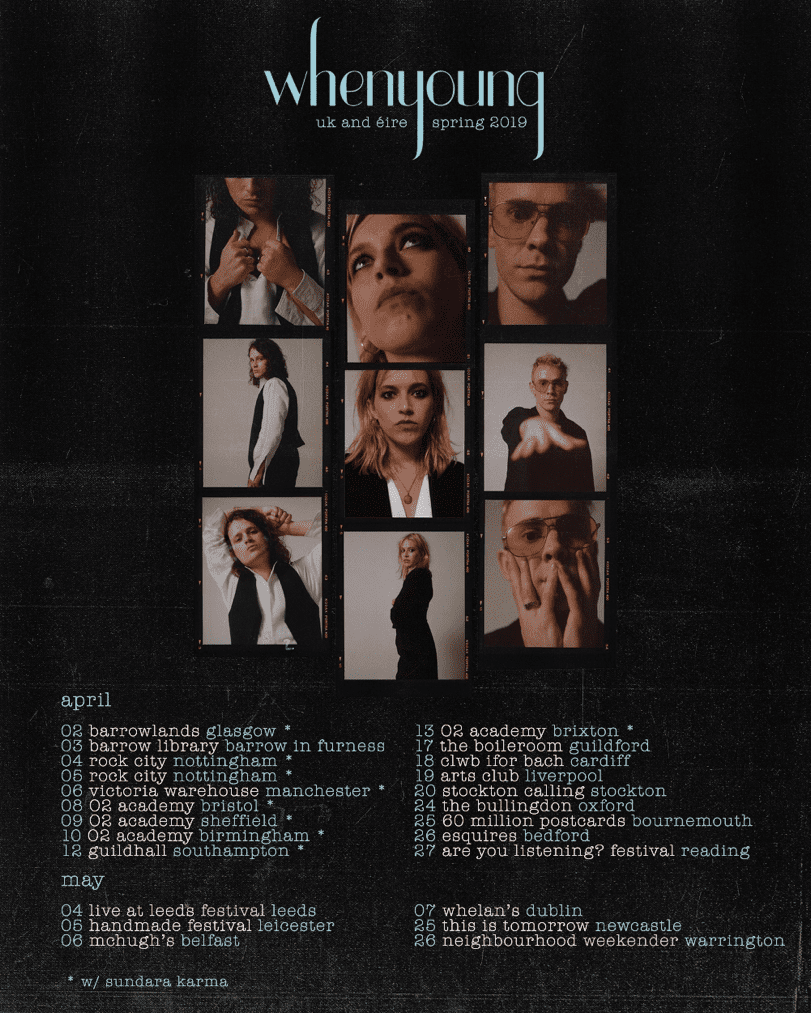 After a short jaunt round the UK in early February, including a storming set at London’s Electrowerks, whenyoung are back out on the round this spring for a massive run of UK and Éire shows, including headline gigs, support for Sundara Karma and festival slots.

Off the back of a series of critically acclaimed releases, including the current single ‘Never Let Go’, the band have been forging a reputation for themselves as one of the circuit’s most exciting live acts with tours alongside the likes of Blossoms, the Vaccines and Dream Wife.

The band first met as teenagers in Limerick and after playing in separate bands around the local scene for several years, they eventually all found themselves in London and the band that was to become whenyoung was formed, inspired by a heathy mix of the music they all loved their favourite classic cinema and literature.
Since then the band have gone from strength to strength, gaining the support of BBC Radio 1 Introducing, gracing stages at festivals everywhere from the Great Escape in Brighton to Reeperbahn in Germany and touring up and down the UK and Ireland. They were guests at Shane McGowen’s 60th birthday, Supported Nick Cave in Dublin and were invited to play at the Barbican centre in London as part of a celebration of Ireland’s rich cultural legacy.  2019 looks set to be the year the band break into the wider consciousness, with the release of their debut, their first American shows (including several at the prestigious South by South West Festival) and a plethora of other international shows.