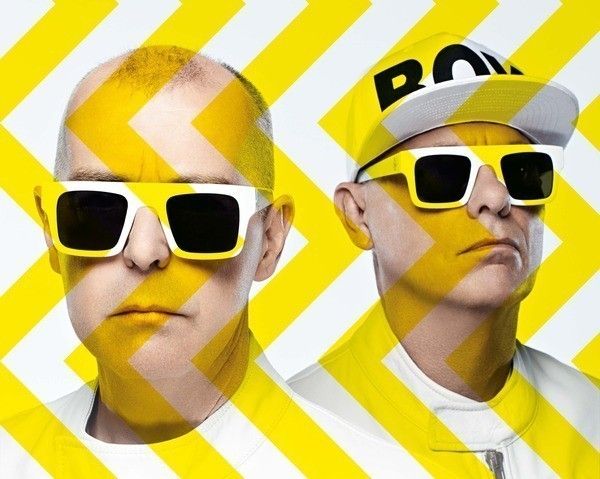 The opening ceremony of the 15th edition of the best European festival, will be held by the Pet Shop Boys who are coming to EXIT’s Main Stage with an exquisite blend of unique stage set, lasers, extraordinary costume changes, original dance choreography and a plethora of hits.

The prodigious pop duo Pet Shop Boys, with over 50 million records sold, are entrenched in the Guinness book of records as the most successful duo in the history of British music. Their colossal career entails 12 studio albums, six Grammy nominations, over 20 music awards three of which are sacred Brit awards. Their stunning hits “It’s a Sin”, “West End Girls”, “Heart”, “Paninaro”, “Domino Dancing” and “Se A Vida E” influenced a host of generations of music fans and gave pop music a distinct shade it exhibits today.

The critically acclaimed “Electric” album is graced by almost unanimously favourable reviews worldwide and represents PSB’s return to dance music, as well as the best possible message to young bands playing electric music today – it’s not just about beats! Their melodies carry an almost haunting beauty, their lyrics are bustling with humour and subtle notes of nobility, and their entire show is set as an impeccable celebration of the ceremonious victory of spirit and mind over life’s not-so-pretty moments. These are the same values that EXIT has, and continues to, uphold and promote all these years.

2.PETROVARADIN FORTRESS
EXIT’s unique fortress venue has other festivals green with envy, offering breathtaking sunets over the city of Novi Sad and over 600 artists, peforming on 20 stages connected by cobbled streets, ramparts and tunnels – a walk through the mystical fortress is like a trip through a magical wonderland. EXIT is also a musical journey as they embrace diversity and offer different genres of music from worldwide artists.

3.SEA DANCE FESTIVAL
To celebrate the 15th edition, EXIT FESTIVAL is keeping the party going for longer with the addition of the SEA DANCE FESTIVAL, which will take place from 15th to 17th July 2014 at the Jaz beach in Budva, Montenegro and represents the perfect closure for the 8 days of EXIT ADVENTURE – beginning on 11th June with [email protected] at the Petrovaradin fortress, Novi Sad and continuing in the same location from 10th to 13th July for EXIT FESTIVAL.

4.NOVI SAD
The picturesquee city of Novi Sad also has lots to offer with a bustling cafe culture. Spend your days leisurely cafe hopping enjoying the Serbian sun and hospitality with plenty of bars, cafes, restaurants and shops to choose from. They also have great coffee. Most cafes in the city resemble ruin pubs in Budapest – retrofitted chairs, cute refurbished tables, and. Always ask for the coffee of the day/month. If you’re feeling energetic you can also rent a bike and explore the cities sites which include, churches, parks, monasteries and of course the river Danube.

5. BUDVA
Budva is the reigning “tourist capital of Montenegro” for all the right reasons. Apart from its natural beauty, its bay islands and beaches for example, Budva is one of the Adriatic Sea’s oldest cities and is rich in historic monuments. The Old town lies on a small peninsula and represents a treasure chest of culture heritage with many narrow streets and squares featuring with famous buildings, shops, cafés, restaurants and galleries.

6. WORLD RENOWNED DANCE ARENA
EXIT is also home to the world famous Dance Arena, renowned for its incredible energy and set within a moat of the fortress walls. From techno to electro to dirty house to house with a disco twist, the Dance Arena covers all tastes and will keep you dancing all night long. Pushing cutting edge new talent and tipping its hat to the old school, the music in the arena never disappoints and the experience of dancing with 20,000 people as the sun rises over the fortress walls is truly mind blowing! Celebrating the 15th Edition in true EXIT style, the iconic Dance Arena will present the second part of their infamous back to back sets revered in 2009 for their 10th Edition. This year sees another selection of DJs from the past, present and future including headliners Disclosure, Carl Cox vs Danny Tenaglia, Afrojack vs Quintino and the return of the mighty Deep Dish and it’s going to be one hell of a party!

7.GO TO THE BEACH!
During EXIT Festival you can visit the city beach called Štrand, which is one of Europe’s best by-the-Danube beaches. Only 15 mins away from the city centre by foot, this 700m-long stretch of sand morphs into a city of its own come summertime, with bars, stalls, showers, basketball park and loads of other opportunities to fill in those spare hours with fun. Or you could just, you know, spread a towel and hit the sun. At Sea Dance festival you can enjoy Jaz Beach which is one of the three largest beaches on the Montenegrin Coast located to the north of Budva . It has beautiful white sandy beaches and is surrounded by dense Mediterranean vegetation, making it the perfect place to relax and chillout after EXIT.

8.RESIST THE BIG STAGES
Sure, the biggest stars are usually on the biggest, loudest stages, but take a look at the more cozily snugged stages at EXIT Festival – they almost always have the best parties ‘till dawn with the yet-to-be-world-famous artists. Find them through cobbled streets, tunnels and ramparts and experience everything from world music, chillout, metal and more.

9.SUN SUN SUN!
Eastern Europe really heats up in the summer months with temperatures reaching the mid 30 degrees celcius. During the festival you can party hard at night when it’s cool and chill out in the shade under some trees by day or top up your tan whilst enjoying a coffee in one of the many street cafes. At Sea Dance Festival you can enjoy the sun on the beautiful Jaz Beach in Montenegro and get some serious sun worshiping in.

10. YOUR MONEY GOES A LONG WAY
You’ll be surprised to find a lot of cheap or highly affordable things in Novi Sad, and Serbia in general: Beer is almost laughably inexpensive, and you’ll find yourself saving a lot once your shopping spree down Novi Sad’s malls ends. But then again, you’ll start over and spend the cash you just saved because why not. It’s cheaper to get here, stay here, eat here, drink here, and go to EXIT than to simply buy a ticket for Glastonbury.

11.EAT GOOD, SOUL-NOURISHING FOOD
The local cuisine packs a punch. Amongst many fantastic dishes, there are juicy, tender, greasy, grilled meat burgers we’ve adapted to the region and call them pljeskavica (plyeskaveetza); Burek is a crispy on the outside and soft as an angel on the inside kind of pastry dish, filled with either local cheese or ground meat (and more varieties depending on the shop) that makes a hearty breakfast. “Ćevapi” are an absolute favorite – rolled meat grilled to perfection with a side of “kajmak” or “ajvar” and some fresh, quickly cut onion. They’re pretty cheap, too – they go for about £1 each. Don’t worry if you’re vegetarian – all our produce is local, fresh, and organic, grown on farmland near villages, under the sun, nearby.

12. RAKIJA – CONNECTING PEOPLE
Forget plain Vodka (which is made of potatoes) because you’ll fall in love with the Serbian spirits made from local fruits, called Rakija. There are multiple varieties, but all promise the same: they’re as strong as a frenzied, rabid mother bear protecting her baby cubs. Drink responsibly. Or if you get drunk easily, don’t drink them at all. Just stay away. Goes for a quid, too.

13.SUNSET TO SUNRISE
The elevated position of the Petrovaradin fortress at EXIT is the perfect place to relax with a drink and watch the sunset over the picturesque town of Novi Sad. As you party through the night at the festival you can also experience the sunrise over the fortress walls in the Dance Arena alongside 20,000, or whilst chilling out on the VIP Terrance or reggae stage. In Budva you can enjoy sunset whilst sipping a cocktail in one of the beach bars or whist walking along the beach.

14. BELGRADE
Named at one of Europe’s top ‘secret holiday locations by Lonely Planet, Belgrade is one of the most happening cities in Europe. The city is also full of grandiose coffee houses, quirky sidewalk ice-creameries and smoky dens with historical buildings juxtaposed with old socialist blocks. ‘Belgrade’ literally translates as ‘White City’, but Serbia’s colourful capital is red hot.

15. MUSIC WITH MEANING – A FESTIVAL OF CHANGE
EXIT is a non-corporate event with a unique history, having started as a student protest against the communist Milosevic regime. EXIT has proved that music is a universal language that can connect and bring people together to make the world a better place. Be part of something that is more than just a music festival, where hedonism meets activism as EXIT continues to evolve and bring like-minded people together. “Party hard and remember – apathy is the enemy” EXIT. Where hedonism meets activism.

TRAVELLING TO SERBIA & BEYOND!
Getting to EXIT Adventure is easy!  Tailor make your package to include airport transfers from £8.20 each way, accommodation from £12.50 per night as well as local transfer solutions.  If that is too complicated then why not include everything and go for one of the Festival Packages available from £115.00.  These include; festival ticket, airport transfers and accommodation.

EXIT IS A NON PROFIT ORGANISATION:
As well as the Music, EXIT never forgets its beginnings and aims to evolutions the revolution it started more than one decade ago with several key topics to improve initiative, engagement and further development of young people. EXIT is the only music festival to be created as an effect of youth activism and aims to continue to mobilise the public opinion and thought leaders in the field of youth development on a regional and a global level.