T IN THE PARK REVEALS COMEDY LINE UP 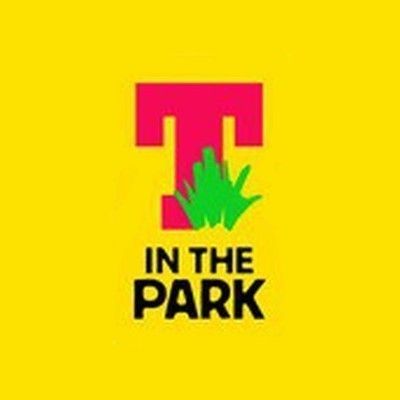 T IN THE PARK REVEALS COMEDY LINE UP

With just 5 weeks to go until T in the Park, the countdown is well and truly underway and festival organisers DF Concerts and founding partner Tennent’s Lager have today revealed a stellar line-up for The Stand Comedy Club, taking place in The Scottish Sun Big Top across the weekend. With big names, rap battles and the best in upcoming Scottish comedy talent, the laughs will ring out across the festival site.

Russell Kane is a multi-talented writer and performer who has firmly established himself as one of the best comics in the UK today, winning The Edinburgh Comedy Award and Australia’s prestigious Barry Award. Currently touring the UK with his brand new live show “Smallness”, which poses the question “What is it with us and smallness?” he’s sure to delight the T in the Park crowd.

Lee Nelson’s Well Good Festival Hangover Cure takes to the stage on Sunday in The Scottish Sun Big Top tent – the household name has hosted Live at the Apollo, sold out his three times extended live tour, had over two million people watching BBC Three’s Lee Nelson’s Well Good Show and is now heading to T in the Park with quality jokes, games and banter.

Award-nominee and star of the Edinburgh Fringe, Andrew Maxwell makes his way to T in the Park with a fantastic new show of mischievous charm and boundary-nudging wit. As seen on BBC’s Live at The Apollo, Mock The Week and Have I Got News For You, plus ITV’s Celebrity Juice, RTE’s The Panel and so much more he’s bringing his cutting edge comedy and intrepid social commentary to the fields of Kinross.

Catch the host of Scotland’s Capital Breakfast Show, Des Clarke, as he stops by The Scottish Sun Big Top tent for an unmissable set. As well as being a familiar voice on the radio, Des is also a familiar face on TV from his STV hosting days and charity appeals. One of Scotland’s best and sure-fire punchline makers!

The world’s only stand up/improv/chat tattoo comedy show, Show Me Your Tattoo, returns re-inked and ready to run down the hilarious Highway of Human Graffiti in one of the most unique comedy shows ever. Host Billy Kirkwood invites audiences to share and chat about their tattoos in a show jam-packed with blisteringly funny stand up and audience interaction, as well as taking a good hard look at the weird, silly, dirty, sexy, brilliant, bad and often awesome world of tattoos from all around the world.

Fans can experience Comedy Rap Battles on Friday night, a concept show which garnered 5 star reviews, where comedy and hip-hop clash and street cred is put on the line as some of the country’s best comedians compete to see who exhibits the most swag when it comes to hip-hop wits. MC’d by Neil ‘The Weeman’ Bratchpiece it’s filled with comedic verbal jousting and, with street cred on the line, who’ll choke and who’ll gain respect?