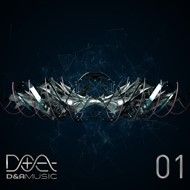 D&A Music is more than just a home for finest and onward Techno music, conceived by Anne Gelfei and David Merlino aka PETDuo.

Born with a purpose: to show that music can be broken down into singular elements, exposing the essential components and its life-giving DNA. D&A Music is composed of these basic building blocks of sound. Expertly selected and scientifically programmed using audio laboratory equipment by Anne and David. The listeners can expect continuous high class EPs, which describes a musical journey and thrilling stories by PETDuo.

Even if every track is a strand in itself, together they build up one D&A code you have to experience as a unit. So in advance to every release PETDuo will spread out this complete code as a gift in a special mix on their Soundcloud page where the listener can get a complete insight to every track of the upcoming release. A concept you’ve never had before in Techno Scene and which shows the close connection between D&A Music and its fans.

D&A Music, more than a code.

The first release on D&A Music directly shows the wide range of electronic music that D&A stands for.

Named after the famous “High On Sound” tour, which PETDuo performed in 2012, this first release is the best proof that nothing else is needed than best music to fly high. Coming from dark and low bpm Techno, introducing Anne & David’s new monikers “Robotiko & Missbehaviour”, this release develops to drone/efx/ambient/ethereal grooves and finally arrives to the Hard Techno status which PETDuo is famous for.

A masterpiece which, for the first time ever, combines Techno and opera music, sung by the Brazilian, high class mezzo soprano Sylvia Klein and pumping Techno beats produced at their Studio. Further cooperation partners in this 7 (!) track EP are the world famous artists OBI and Julyukie.

Even if this release closes the cycle of “High On Sound”, it’s the beginning of something much bigger, D&A Music.