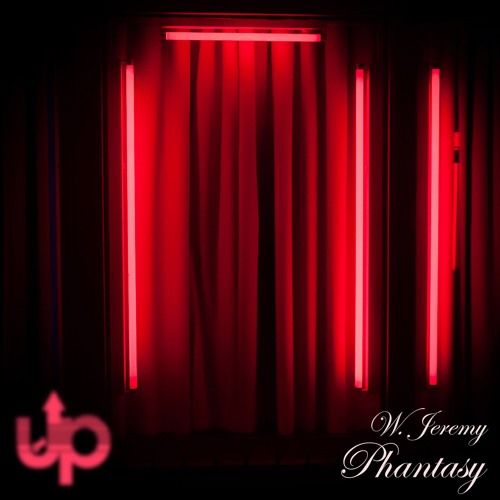 W. Jeremy is a NYC based DJ/producer whose history of working for DJs and record labels in the ’90s – ranging from Angel Moraes to Tony Humphries – has greatly influenced his DJ sets and production/remix style. His Get Up Recordings label is also clearly influenced by his musical past as well, with a colorful spectrum of artists and remixers including Kim Ann Foxman, Tedd Patterson, MATRiXXMAN, Rennie Foster, Gavin Russom, and Snuff Crew. The EP kicks off with the original version of “Phantasy”, a bumping house jam with bass driven percussion and euphoric breaks.

First up on remix duties is Karsten Sollors, who has earned the attention of electronic music’s finest thanks to a resume of well-rounded accomplishments. With releases on Toolroom Records, Nervous, and Farris Wheel Recordings, Sollors is breaking boundaries within the house music pool. Outside of the studio, Sollors’ profile has immersed itself across clubs since his relocation to Chicago. Playing alongside the likes of Jay Lumen, Sante, Gene Farris, and Nick Warren, he has dropped an immense collection of music at his Saturday Sound-Bar residency in Chicago and also regularly at Primary, Spybar, and Annex. His remix of “Phantasy”, much like his DJ’ing, brings a superb driving tech house element to the package.

Next up on the remix end is Andrew Emil, who has been a well-respected fixture in Chicago’s music scene for over a decade and a half. A concert-trained percussionist, Emil eventually moved to Chicago to attend Columbia College and study audio engineering and music composition. Emil, who has been deeply entrenched in Chicago’s thriving house music scene since the 1990s, has a sound that reflects an eclectic and mature marriage of classic and contemporary elements of Chicago house, infused with jazz and soul undercurrents. Not only has he put out releases on some of house music’s most elite labels, including OM Records, Seasons, four play music, Farris Wheel, Gallery Music Group, Look At You, .dotbleep, Kompute, Roam Recordings, Industry Recordings, Classic, and Panhandle, but Emil remains one of Chicago’s most respected and lauded DJs. He is a Resident DJ at Nu: The Outer Space Disco Dancing Society of Chicago, 2016 Primary Nightclub, and a featured resident at First Saturdays at the legendary Gramaphone Records. His remix here is a full-on Chi-town funk jazz vibe and an ode to Strictly Jaz Unit, a collective that included members such as Boo Williams and Glenn Underground.

Rounding out the EP is the second original, “The Heart Is A Lonely Hunter”, a lusciously hypnotic house track with swirling soundscapes, pulsating rhythms, and an acid-inspired arpeggiated lead.