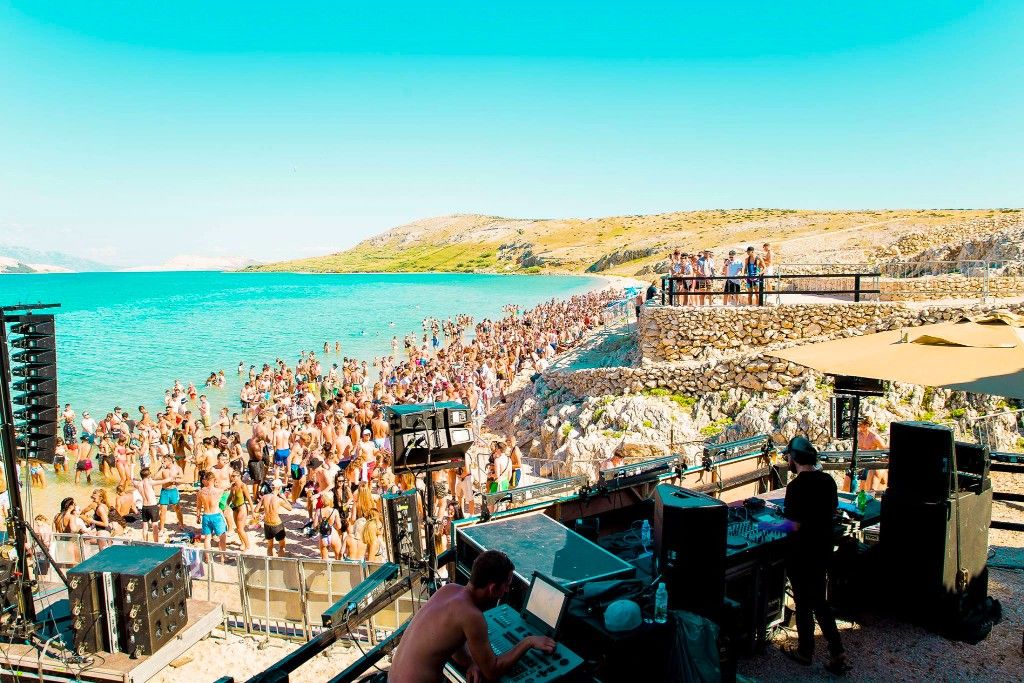 A go-to destination for the ultimate festival weekend of sea, sand and music in the sun, Hideout 2018 is set for its biggest year to date, boasting one of the most groundbreaking dance and electronic lineups Europe has to offer.

After the huge success of the Hideout Beach Party’s debut last year, the festival is excited to be bringing it back for 2018, kicking off the festival in style on the opening day. Set on a secluded beach away from the festival’s main action, the combination of sea view, mountainous backdrop and booming sound system is an experience not to be missed!

Topping the party lineup, Hideout festival favourite and Garage legend DJ EZwill be headlining for an exclusive Hideout performance at the festival. Having smashed his set at the festival three years ago in front of some of the biggest crowds the show has ever seen, DJ EZ will no doubt get the party started with a set which will talked about for many years to come.

Also added to the Beach Party line up today is the Gold Coast’s very own Fisher. Previously known as one half of house music duo Cut Snake, Fisher stepped things up with his solo project following the release of his huge breakout track ‘Ya Kidding’ last year, he’s one to watch as there’s no better place to see him this summer!

Already announced for Hideout but also joining the Beach Party lineup, Ministry of Sound and Defected resident Jacky, plus Solardo Sessions resident Mason Maynard will also be taking to the decks on the Monday afternoon.

A perfect chance to explore another part of the Isle of Pag and party in one of the most unique locations going, the Hideout Beach Party is an unmissable opening experience to kick off the festival.

Another signature Hideout Festival moment are the hugely popular Boat Parties. With lineups out there and tickets selling fast, set sail on the Adriatic with some of your favourite artists, including Peggy Gou, Mall Grab, Kerri Chandler, Skream, Hannah Wants, Waze & Odyssey and more, with fully stocked bars, premium sound systems and unforgettable views for an intimate party like no other.

Bringing some of the biggest names in electronic music together across five packed festival days, Hideout has consistently proven itself unrivalled across the electronic music landscape.  The Beach Party and Boat Party lineups join a phenomenal bill already confirmed for Hideout 2018, returning to Zrce Beach on the Isle Of Pag between 25th-29th June, full of artists that are leading the way with the most exciting sounds in modern music. From electronic trailblazers like MK, Andy C, Chase & Status (DJ), Jackmaster, Jamie Jones, Skream, Kerri Chandler, Eats Everything and Hannah Wants toGrime heavyweights like Bugzy Malone, AJ Tracey and Nadia Rose, to figures such as Jax Jones, Hunee, Artwork, Sonny Fodera, Mistajam, Peggy Gou, Heidi and many more – Hideout is unrivalled as the sun-kissed electronic experience of the year.