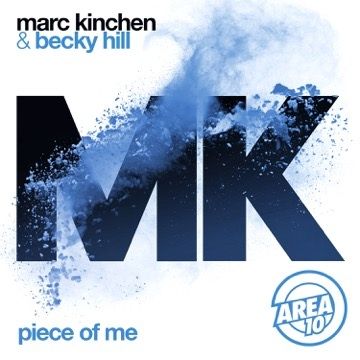 MK’s highly anticipated new single, ‘Piece of Me’ is out now, after having first been revealed in a live performance alongside Becky Hill on BBC Radio 1. His impressive set was part of Pete Tong's ‘Live in LA’ event, with the new song becoming one of the most talked-about highlights of the show.

New material from MK is always a big event, especially the original productions; several of his earlier releases, including ‘Always’ and ‘Burning’, were instrumental in helping dance music first cross over into the mainstream. He’s also well known for being a prolific remixer, with numerous chart successes confirming his skills for crafting catchy hooks and instantly recognisable melodies. The Detroit house master’s remix of of Storm Queen’s ‘Look Right Through’ hit #1 in the UK singles chart and became a defining sound of that summer, whilst his remix of Wankelmut & Emma Louise’s ‘My Head Is A Jungle’ was another huge mainstream success.

New single ‘Piece of Me’ opens with MK’s trademark stylistic flair, with a chopped, pitched-down vocal sample adding extra melody over the strong, summery piano chords. Becky Hill’s souring vocals lead the track – as a singer who has previously collaborated with Rudimental and Oliver Heldens, her credentials are self-evident. Underpinned by a driving bassline, ‘Piece of Me’ is an anthemic creation worthy of the huge festival and club crowds that MK so regularly frequents as a DJ.

Relaunching his iconic label Area10, MK’s first release on the label is 'Piece of Me.' With many more release announcements to come and live Area10 stages at festivals across the world this summer, this track is the first taste of big things to come.

Over the last few years MK has become one of the elite in the Shazam charts with a plethora of remixes including Lana Del Rey, Sam Smith, Rudimental, Kant, and Pharrell to name but a few; his version of Rufus Du Sol’s ’Say A Prayer’ is his latest remix success. With his Area10 brand hosting stages at We Are FSTVL, Parklife, Creamfields and Tomorrowland as well as his summer shows at Pacha, MK can certainly be counted as one of the more influential and prolific DJ/producers in the game. ‘Piece of Me’ is just the beginning of a big year for the influential house music master.