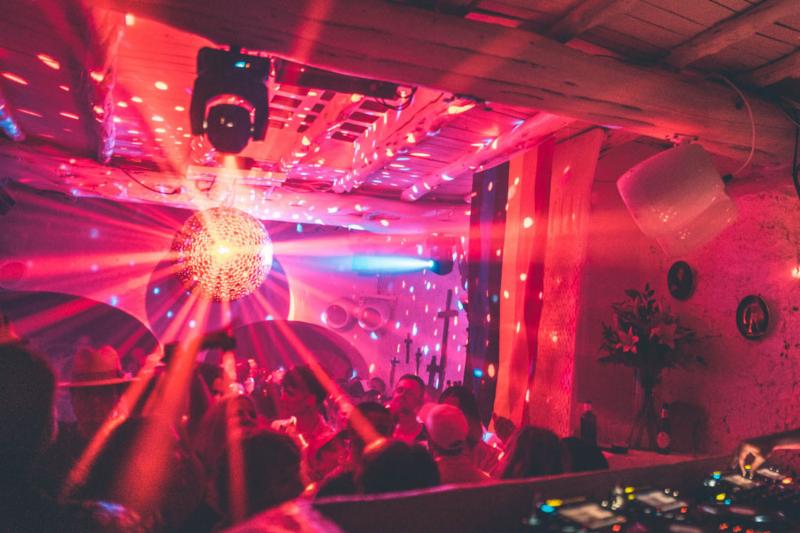 Pikes has been the exclusive party-retreat for the rock ‘n’ roll elite since the 1980s, hosting Freddie Mercury, Grace Jones and Spandau Ballet to name but a few. Back at the heart of Ibiza nocturnal activity for those in the know, loved by bands, DJs, islanders and industry insiders, Pikes returns for Summer 2019 for another season of debauchery hidden away in the Ibizan hills. Maintaining the legacy of the late Tony Pike, the Ibizan stalwart remains the last bastion of the true Ibizan experience.

Pikes House Party has been one of the long standing must-see events in the Ibiza calendar, creating an intimate family atmosphere where the island’s true characters, both you and Pikes’ colourful cast, can come out and play, and this year will be more extraordinary than ever. Join iconic figures BayBJane, Fat Lady, Crazy Piano Man and of course Sunny’s infamous Bathtub Karaoke, alongside an eye-catching selection of guest residents. There’s the return of some old favourites, including Artwork, Bushwacka! and Leon Vynehall, with Crazy P and PBR Streetgang making their eagerly-anticipated bows, while Justin Robertson and Lottie make unmissable special guest appearances.

Crowd favourite Cosmic Pineapple returns with a 12 hour day to night programme offering a chance to delve into the cosmic and creative realms, visit healers, practise yoga and meditate while exploring esoteric wisdom before the night programme begins and a Space Rave takes place in Freddies. Resident DJ Cici will warm up the cosmic journey before being joined by a special guest DJ announced on the day. The musical shaman will then carry you into the cosmos until close.

Thursday at Pikes sees the second coming of Flash. After a spellbinding first season, Flash will be adding their hedonistic flair to proceedings, warming up poolside and partnering with the likes of Adonis, Goys n Birls, Little Gay Brother and Club Domani before moving inside to Freddies for a night filled with disco, house & Balearic beats. Expect to be joined by Ben Westbeech, Chester Hayes B2B Tadeusz, Guy Williams, Louis Chatten, Maze & Masters, Nathan Detroit and Shay Malt.

Melon Bomb is back to where it belongs, taking over monthly Fridays again. The night brings together an ever growing family of music lovers with their signature sound of heady underground house & disco goodness, with their renowned residents being joined by guest headliners each event.

Tales Of The Unexpected was introduced last summer to Pikes, for the first time moving the Pikes on Sunday party inside to Freddies, allowing for the vibes to keep rolling into the early hours of Monday morning. This allows favourite DJs to take over for all night long sessions, capturing the mysticism of Pikes and taking dancers on spellbinding journeys into the ether. With sets from the likes of Benji B, Dan Ghenacia, Dan Shake, Daniel Avery, Denis Sulta, Djebali B2B Stephane Ghenacia, George Fitzgerald (DJ,) Hammer, Justin Robertson, Krystal Klear, Maribou State (DJ), Real Gang Soundsystem, Secretsundaze, Soul Clap, plus collaborations with Feel My Bicep, Ruf Kutz, Vitalik and an array of secret guests, it’s yet another unmissable collection of events in the Pikes calendar.

With more announcements still to follow, including details of cultural attaché DJ Harvey, Ibiza season is hotting up at Pikes.